Recharged Pitchford ready for crack at the Top

Liam Pitchford says a much-needed break, followed by quality practice in familiar surroundings, has him in good shape to face the new season, starting with the Europe Top 16 next weekend. 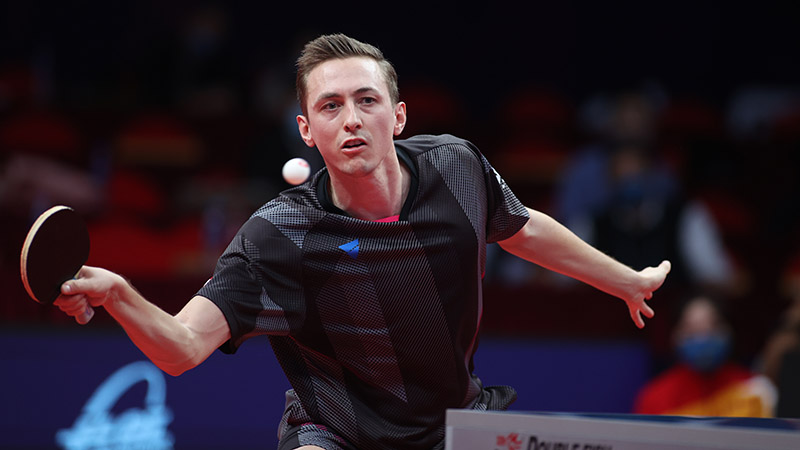 Liam Pitchford says a much-needed break, followed by quality practice in familiar surroundings, has him in good shape to face the new season, starting with the Europe Top 16 next weekend.

Pitchford last played at the WTT Contender Budapest last month, after which he switched off from the sport for a couple of weeks before returning to practise in Copenhagen, where he used to live and train.

And he says that combination has revived his mentality and helped him rediscover his love for the sport after a difficult year which included elimination in his first match at the Olympics.

The England No 1 said: “I took a couple of weeks off after Hungary to get my head back on and not think about table tennis for a bit.

“It’s been a tough year and I needed to have a break to get myself ready for the upcoming tournaments. I enjoyed it, I didn’t really do a lot but I was in the gym every day and I also managed to get my golf handicap down a bit. I shot an 80, which is a personal best, so it’s getting better!

“I won’t be playing golf for a while now. I’m in Copenhagen now – I flew in on Monday, so I’ve done a few sessions already and I feel good and am enjoying my table tennis again.

“Having the break helped me find my love for the game again and I’m in a much better place and enjoying it, so hopefully I can take that into the tournaments. It’s not been the best year but there’s always new chances and getting the good-quality practice I’m getting now can help me.”

Among his training partners are Jonathan Groth (WR 31) of Denmark, who will also compete at the Top 16, and Ibrahima Diaw (WR 69) of Senegal, while England coach Gavin Evans arrives on Friday.

Pitchford said: “I’m ready to get my foot down and work hard. I used to live here and I played some of my best table tennis when I was practising here, so that’s helped get me to a better place.

“I’m feeling good and want to try to take that into matches, but I still don’t want to expect too much of myself because I do still need matches. If you haven’t had as many matches as you would like, you’re not going to have confidence. But I’m in a place to help me perform better.”

Pitchford will be seeded third for the Top 16 in Thessaloniki in what is his third appearance at the event – he went out to Simon Gauzy of France in the first round in 2019 and to German great Timo Boll in the quarter-finals last year.

He said: “The top 16 is a tough tournament – the first match is straight knockout. It’s probably a tournament where I haven’t played my best, but I’ve only played it twice.

“It’s a chance to play again and I’m looking forward to that. It’s been a while since I’ve been able to believe myself when I’ve said that, but I can only see my confidence growing from here.

“I’ll just take one match at a time and if I can get a run together, I’ll be happy. It’s very open – anybody can beat anybody and hopefully on the day I’m the better player.”