Price on the money at Bristol Closed

The Bristol Closed Championships were held at the Filton WISE Academy on Sunday March 3, where more than 100 players took part in over 10 hours of keen competition. 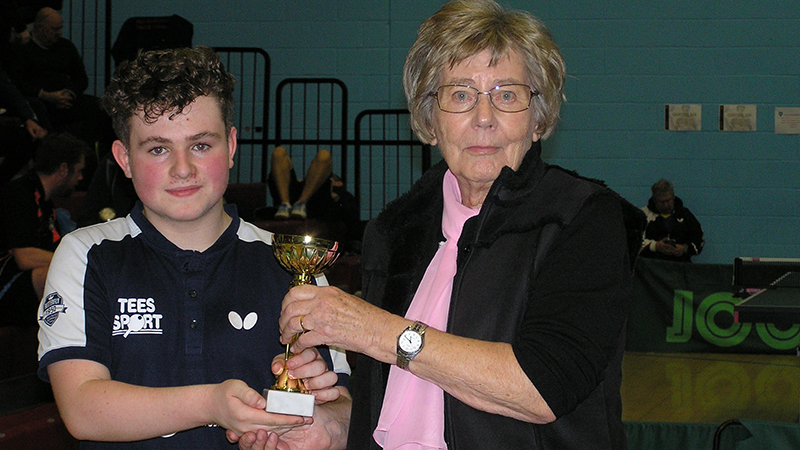 The Bristol Closed Championships were held at the Filton WISE Academy on Sunday March 3, where more than 100 players took part in over 10 hours of keen competition.

Fourteen-year-old Louis Price won the Open Singles title by beating Kai Moosmann in the final and, in so doing, became the second youngest winner of this event, falling short by just 100 days behind our 2005 winner, Shaun Hall.

In fact, one hundred was a theme throughout, especially with the event marking 100 years since our first closed championships in the 1919/1920 season. Also to mark this record achievement in the history of the oldest, continuous league in the world, the Bristol league is holding a “centenary open” competition in July 2019 – click here for more details.

Price then partnered Daniel Moses to take the Open Doubles title for the first time, whilst Michele Reeves retained the Ladies’ Singles crown to win it for a 10th occasion.

However, it was Gary Baldwin who was the most pleased player in the hall, as by winning the Over-60s Singles trophy, he had won his 29th championships title, and is now just one behind the record 30 titles held by Joan Collier.

The winners and runners-up were: