Mark your diaries and set your Sky+, the Ping Pong film is coming to Film 4 next Tuesday December 17th at 11pm.

With 703 years between them, watch the eight inspirational octogenarians head for and play in the Over 80s World Table Tennis Championships. Meet Aussie legend Dorothy DeLow, who at 100 is an absolute sensation at the championships, Englishman Terry, who vows to continue proving his doctor wrong by bouncing back from illness to walk away with a medal, and Inge who attributes her improved mental health to playing table tennis after being diagnosed with on set dementia.

You can also buy the film to own here: https://tabletennisengland.co.uk/home-page/watch-the-ping-pong-film/ 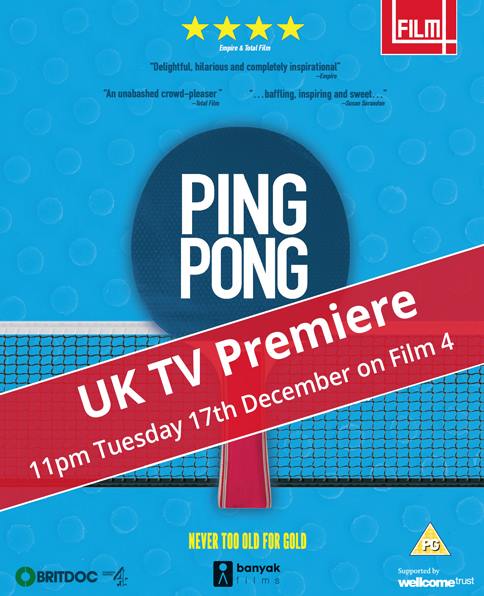