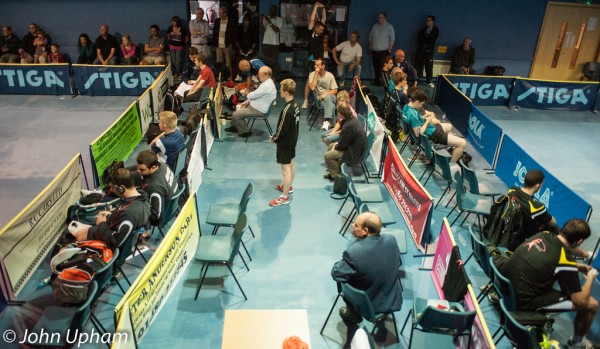 The Premier British League will explode back onto the scene as the first weekend of fixtures kick-off at BATTS, Essex.

Eight teams will battle it out for the right to be crowned British Champions, with a new champions a certainty given the withdrawal of last year’s winners BBATT.

It’s hard to look past Sycamore at the start of the season after recruiting strong over the summer. Despite losing last year’s Player of the Division, David MacBeath, last year’s runners up look, astonishingly, even stronger. The arrival of England number 6 Chris Doran from BBATT, along with Victor Gorman and Six time English National Women’s Champion, Kelly Sibley, Sycamore look set to go one step further from last year.

Ormesby, however, will have something to say about that. The Middlesbrough outfit has also strengthened admirably, bringing in Swede Tobias Bergman and Richard Andrews to play alongside the imperious ‘Welsh Wizard’ Ryan Jenkins and Michael Marsden. The quartet will undoubtedly be a formidable force in the division.

Wymondham will look to build on a solid end to last year by moving higher in the division this time out. Ian McLean will once again lead his side into battle, with Jordan Gabriel, Derek Paterson and Mark Dare all looking to make an impact in the division.

Urban TTC will look to make their presence felt in the Premier following promotion last year, and have the ability to do so following the signing of British League winner Niall Cameron to go alongside Alim Hirji, Gergely Urban and Tibor Kadar.

Meanwhile, fellow promoted side Greenhouse will also look to consolidate themselves in the premier division, with Po Huang Chen leading a strong outfit, which also includes Igor Morais, Jason Sugrue and Daniel Basterfield.

Drumchapel Glasgow had a fantastic closing weekend to the 2012/13 British league season, and will look to build on that in the upcoming season. The quartet of Craig Howieson, Chris and Richard Main and also Scott Barton showed huge progression over the season, and could well cause some upsets on the way.

The final two teams will hope to avoid a repeat of last year. Both Fusion and Barrow were in a relegation scrap to the bitter end. Barrow were actually condemned to relegation, but following the withdrawal of BBATT, were reinstated, whilst Fusion survived on the final round of fixtures.

Things are likely to be tough again for the two sides, but with the arrival of Michael O’Driscoll at Fusion and Jakov Krivic and Nolluen Brosson at Barrow, both sides have strengthened.

Whatever happens this weekend, it’s sure to be a fantastic display of skill, nerve and determination.