Pitchford’s confidence boost ahead of Euros

Liam Pitchford says he has been working hard to continue his recent run of superb form when the European Championships get under way on Tuesday. 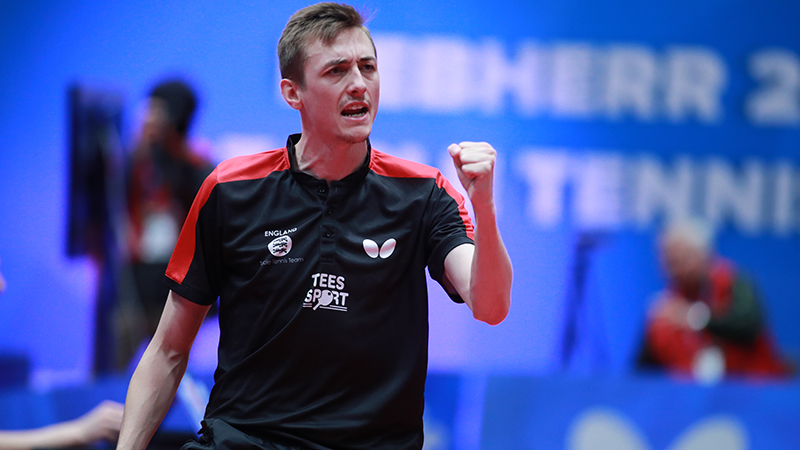 Liam Pitchford says he has been working hard to continue his recent run of superb form when the European Championships get under way on Tuesday.

The England No 1 defeated world and Olympic champion Ma Long at the Bulgaria Open and followed up by beating men’s World Cup winner Dimitrij Ovtcharov in the Czech Republic, on his way to a first World Tour semi-final appearance.

Those victories over players who have both recently topped the world rankings helped Pitchford to rise to a career high of No 31 in the world and No 11 in Europe.

They gave him a lot of confidence going in to the Europeans – but he also knows he needs to produce that form on a more consistent basis.

The Chesterfield athlete said: “Beating Ma Long – he’s one of the best players ever and not many Europeans have beaten him – gave me a lot of confidence. Then to get to my first World Tour semi-final at the next event gave me even more confidence.

“I’ve always believed I can beat anyone on my day but it’s about trying to do it consistently. At those two tournaments, that worked out well, so you have to say it was a step forward.

“Going into the Europeans, I know if I play well like I did in Bulgaria and the Czech Republic, I could be challenging, but I also know that if I don’t play well there’s a lot of players who are good enough to beat me.

“It’s wide open this year – everyone can play and there are a lot of players who can win it.

“I’ve been working hard again. We’ve had a good training camp in Copenhagen with all the squad. I’m enjoying it and I’m still playing well, and that’s the main thing.

“If I keep doing that then the results will come.”