Liam Pitchford has notched yet another victory over a higher-ranked opponent on his way to reaching the last 16 of the Czech Open. 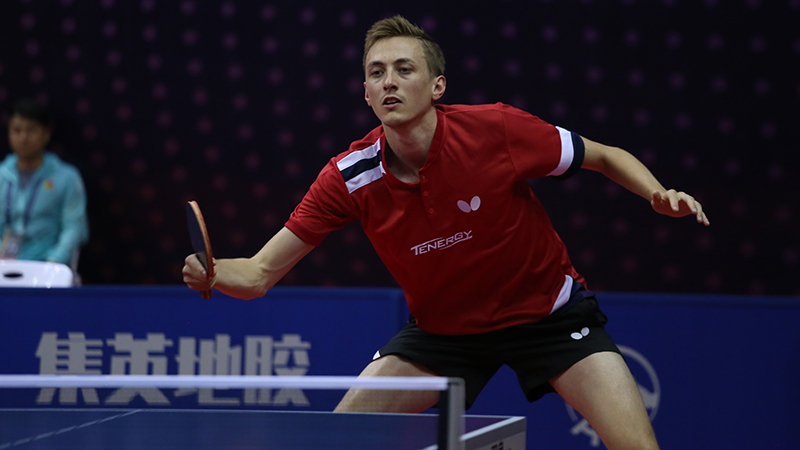 Liam Pitchford has notched yet another victory over a higher-ranked opponent on his way to reaching the last 16 of the Czech Open.

The England No 1 added Sweden’s world No 24 Kristian Karlsson to his impressive list of scalps this year, recovering from losing the first game to notch a 4-1 win.

That first game was close at 11-9 to the left-handed Swede, the eighth seed, but once Pitchford had levelled he stepped on the gas and did not give his opponent much of a look in in an assertive performance full of variety.

Pitchford’s last-16 opponent will be Zhang Yudong of China. Currently not appearing on the ranking list, Yudong came through four qualifying rounds, including a 4-2 win over Paul Drinkhall in the second of those matches.

He defeated Germany’s Benedikt Duda 4-3 in the last 32, seeing his opponent three times come back to level from a set down before Zhang finally got the win 11-8 in the decider.

Pitchford and Zhang face off at 3pm UK time on Friday, with the victor to face the winner of the tie between top seed Dimitrij Ovtcharov of Germany and Korea’s Park Ganghyeon in the quarter-finals on Saturday.