Liam Pitchford fell at the first stage of the ITTF Finals in Zhengzhou as he ran into world No 6 Hugo Calderano in blistering form. 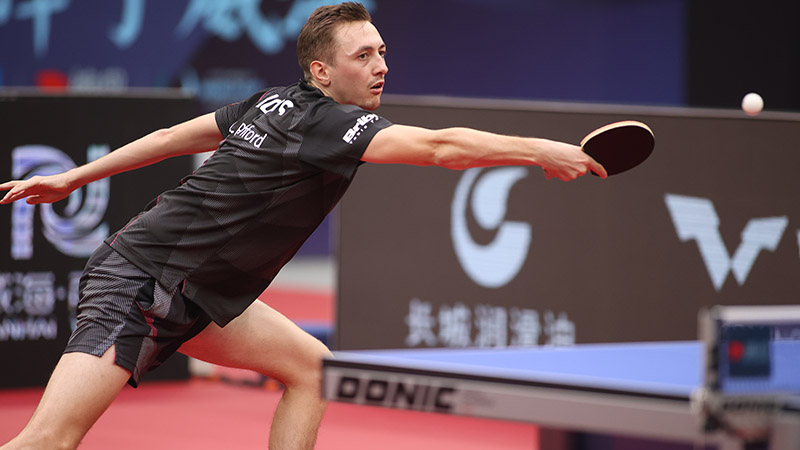 Liam Pitchford fell at the first stage of the ITTF Finals in Zhengzhou as he ran into world No 6 Hugo Calderano in blistering form.

Calderano next plays world No 1 Fan Zhendong in the quarter-finals – Fan having made short work of South Korea’ Jeoung Youngsik in his opening match.

Pitchford will lament his slow start today, taking a while to get to grips with the Brazilian’s characteristic high-toss serve and being forced into errors by an opponent who also found some great angles for outright winners – and enjoyed most of the luck.

Nevertheless, it did look as if the Englishman was working his way back into the match in the third, holding game points at 10-9 and 11-10 but then seeing Calderano take it 13-11 on his own first opportunity, coming out on top of a blistering rally which was unquestionably the point of the match.

The next was also close, Liam hanging in as both men took their timeouts and then saving two match points at 8-10 – the second with a brilliant, brave cross-court forehand. But Calderano made it third time successful to sew up the match.

Pitchford will now head back to the practice hall before moving on to the third and final tournament in the ITTF’s #Restart series, in Macau next week.