Drinkhall out, but Pitchford has another chance

Liam Pitchford will hope for better fortunes in stage two of the Olympic singles qualifying tournament, but Paul Drinkhall’s tournament is over following defeats for the top two GB players today. 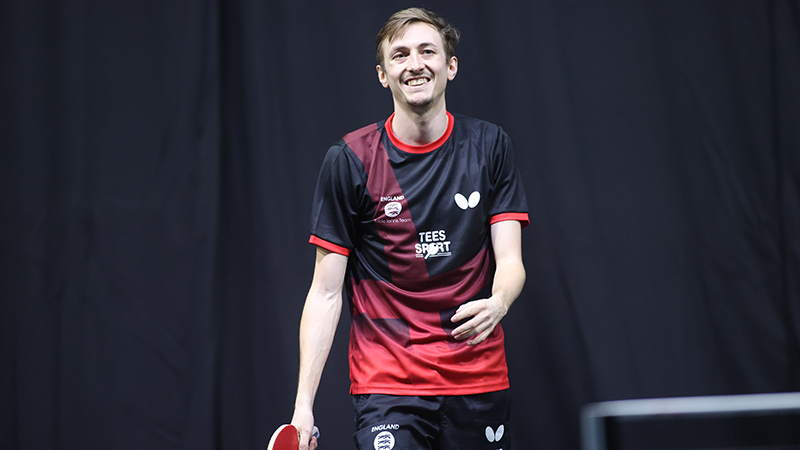 Liam Pitchford will hope for better fortunes in stage two of the Olympic singles qualifying tournament, but Paul Drinkhall’s tournament is over following defeats for the top two GB players today.

Pitchford was beaten in six by Lubomir Jancarik of the Czech Republic in the KO1 bracket semi-final and his opponent will now face Kou Lei of Ukraine in the final – the winner booking their place at the Tokyo Olympics.

Pitchford saved two match points in the sixth before succumbing in a match where neither player found much fluidity, aside from Pitchford taking the second game 11-2.

Jancarik has enjoyed a superb tournament, the world No 94 having beaten higher-ranked players Kirill Gerassimenko (46) and Alvaro Robles (63) in the previous two rounds.

Pitchford, as a beaten semi-finalist, will now go into the tournament’s second stage, the winner of which will take the fourth and final Tokyo spot available at this event. He will play at 5pm on Tuesday, against Vladimir Sidorenko of Russia.

Earlier, in the quarter-finals, Pitchford finally succeeded in shaking off Poland’s Jakub Dyjas (WR 65) in seven – three times taking the lead but seeing his opponent hit back.

Dyjas perhaps never did quite enough to suggest he would win it, but Pitchford’s shouts of triumph when he found an exquisite angle to bring up four match points – and two points later when he won it – confirmed his delight and relief to have got over the line.

In the KO2 bracket quarter-finals, Drinkhall was up against Russian teenager Sidorenko, who had conquered world No 21 Quadri Aruna in the previous round.

It was a match decided by just a handful of points, but once Drinkhall was 3-1 down, it became a tall order. He did save two match points in winning the fifth, but although he then held two game points in the sixth, he could not convert and Sidorenko took his third match point chance.

Drinkhall, along with GB women Tin-Tin Ho and Charlotte Carey, will have another chance to book a Tokyo place at the European qualifying tournament in Portugal next month.