Pitchford into last 16 in Austria

Liam Pitchford put in another confident performance to advance to the last 16 of the Austrian Open. 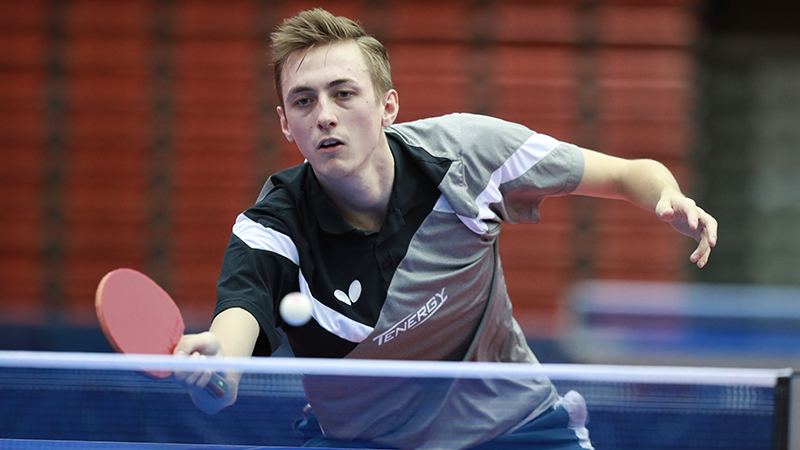 Liam Pitchford put in another confident performance to advance to the last 16 of the Austrian Open.

The England No 1 beat Robert Gardos of the host nation 4-1 with few alarms, apart from the loss of the third game.

The pair had not met since 2012 but the result seldom looked in doubt from the moment Pitchford opened up a lead from 3-3 in the first game, taking it 11-7 with a trademark backhand flick down the line.

The pattern was similar in the second, but Gardos, ranked No 58 in the world but once as high as 18, came back to take the third.

But Pitchford reasserted himself and, with Gardos showing signs of frustration, the Englishman never looked like allowing his opponent back into the match.

The draw had thrown up the possibility of Pitchford again facing Ma Long, who he beat in the Bulgaria Open in August, but the Chinese superstar has not recovered from injury which forced him out of last week’s Swedish Open and again had to withdraw.

So Pitchford instead faces Koyo Kanamitsu of Japan (WR 463) in the last 16 tomorrow, with the winner to face either Timo Boll of Germany or China’s Zheng Peifeng in the quarter-finals.

You can watch Pitchford live against Koyo Kanamitsu at 2.10pm UK time on table three.