Liam Pitchford will be centre stage with the rest of the world’s top players when he competes at the first international tournaments to be held since the pandemic. 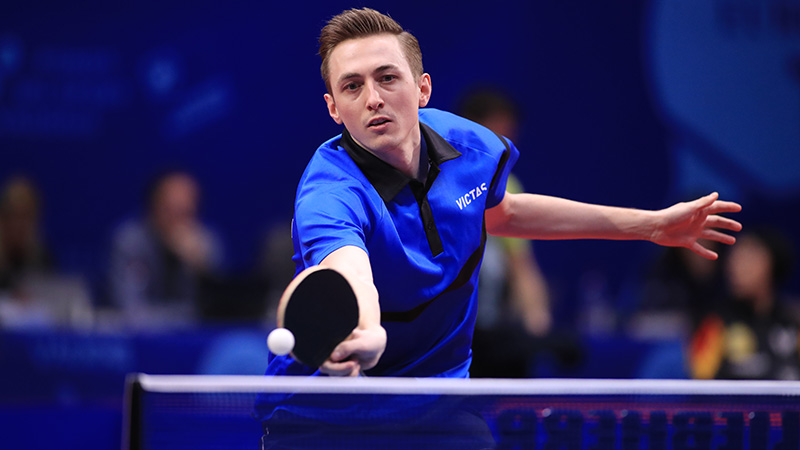 Liam Pitchford will be centre stage with the rest of the world’s top players when he competes at the first international tournaments to be held since the pandemic.

The England No 1, who was world-ranked 15 when the rankings were frozen in April, is in the field for the Liebherr Men’s World Cup and the ITTF Finals in China in November.

The events, alongside the Uncle Pop Women’s World Cup, comprise the ITTF’s #RESTART programme of events to relaunch the international calendar.

They will all be held in China, with the men’s and women’s world cups relocating from Bangkok and Dusseldorf respectively, and will be held in a bio-secure environment which will see athletes arrive ahead of schedule in order to undertake a period of quarantine and then remain in that competitive ‘bubble’.

Pitchford admits he had to think about the potential downsides of that, but the chance to earn ranking points and take on the world’s best players ultimately was too good to miss.

“It’s a good thing to get table tennis back restarted,” he said. “There have been a lot of other sports coming back recently, like the US Open tennis, and golf’s been back for a while, so table tennis needs to restart.

“It’s obviously going to be a long stretch of time to be out there, with the quarantine at the start and staying in one bubble, but I understand they want to take care of the players and officials.

“I had to have a long think and decide what’s best for me. I spoke to Gavin (coach Gavin Evans) and Simon (Director of Sport Simon Mills) and also my sponsor Victas, because it’s a good opportunity for them too.

“I’ve been practising well in Germany with some quality partners, including Ovtcharov, Duda and Assar, and I felt good, so that’s a positive and it’s about trying to keep that quality level when I get out there.”

Having not played in either event last season, Liam is in a win-win situation in terms of ranking points – whatever the outcome of the tournaments, he will add to his tally. With the singles qualifying process for the Olympics not yet restarted, retaining as high a world ranking as possible can only be a good thing.

It will be his first appearance at the ITTF Finals and his second at the Men’s World Cup – he had a wildcard spot when England hosted the event in Liverpool in 2012. And Liam feels his performances before lockdown, not least reaching the final of the Qatar Open, merited inclusion at the showpiece tournaments.

“I feel I’ve earned my spot at the World Tour Finals, so it’s going to be nice to play that for the first time,” he said.

“I was in a good position before all the tournaments got stopped, with my performances in Qatar and Hungary (where he reached the semi-finals), and it would have been a disappointment if I couldn’t play at the finals.

“I’m looking forward to it, it’s a good opportunity to challenge myself.”