Pitchford has eyes on the top prize

Liam Pitchford and Sam Walker are preparing for Champions League action with the clubs, starting in Dusseldorf tomorrow. Find out what both have to say about the competition. 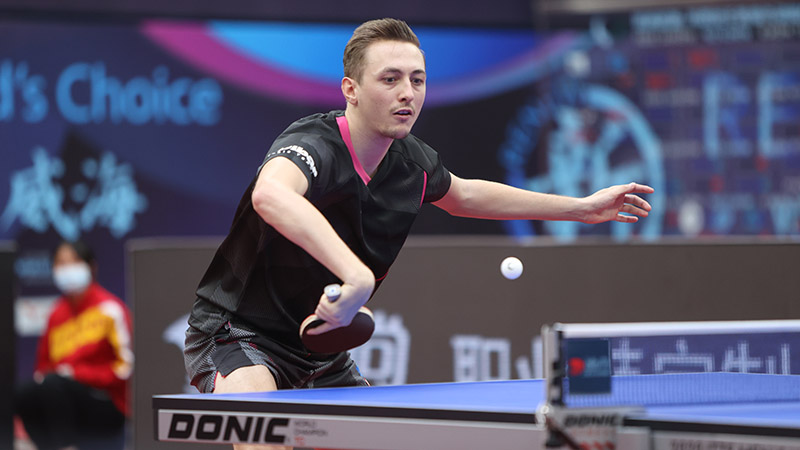 Liam Pitchford is determined to add Champions League glory to his CV when he makes his belated debut for Russian club UMMC in the competition, which starts tomorrow.

There is double interest for English table tennis fans, with Sam Walker’s Hennebont also in the field of a competition which will play to a finish over the course of eight days in Dusseldorf.

The event will be held in a bio-secure bubble, with all players required to have tested negative for coronavirus before arrival, and to take a further test before entering. Players, coaches, umpires and staff will all then be required to stay within the bubble of venue, hotels and official transport.

The men’s draw features 15 teams, with UMMC having been drawn into the single group of three – Group B – alongside Sporting Clube de Portugal and Enfireex Ostrava of the Czech Republic.

Pitchford welcomed the draw, and the chance to finally get together with his team-mates after a previous scheduled trip to Russia was cancelled.

“It’s quite a nice group – obviously it’s only a group of three and the rest are four, so that means more time to recover,” said the England No 1.

“I was supposed to go out to Russia in October, but the #Restart tournaments happened and I didn’t end up going, so it will be the first time with the team – but I know the guys really well, especially Jonathan (Groth). It will be good to get out there.

“It’s a big thing, the biggest event in European club table tennis. I’ve played in the Champions League a few times and not got beyond the quarter-finals. This time, we’ve got three strong players and I think we’ve got a good chance.

“Obviously, there’s some good teams and we’re going to have to play well, but if we play to our highest levels, we believe we’ve got the chance to win.

“The group stage matches are probably going to be at a slightly lower level than in China at the #Restart series – playing nobody lower than 30 in the world there was always going to be tough. These matches should be a way to see more where I’m at.”

The Champions League would normally be spread throughout the season, with the knockout rounds featuring home-and-away legs.

The pandemic and playing in a bio-secure bubble means that is not the case this time, but Pitchford said the format could work well for him and his team.

“It’s a different challenge because you have to be ready and focused and on it each day. You can’t really have any lapses in concentration,” he said.

“Normally you’ve got two legs, home and away, so you’ve got some form of leeway. Now it’s one match, win or lose, and you don’t have that leeway, you’ve got to be on it. It’s not a bad thing for me – if I’m focused and ready it can work to my advantage.”

Walker goes into the competition with only two French League matches under his belt, but believes he is in good shape to perform well if called upon by Hennebont.

The Worksop man said: “We’ve got a tough group, so we’ll see how it goes. There’s not been any conversation about what our targets are, it’s just a matter of going and seeing what we can do. Dusseldorf and Dzialdowo are two tough teams, so it’s going to be hard from the off, which isn’t a bad thing.

“I hope I can get a couple of matches under my belt. I know I’m playing well in practice and I’ve been doing that consistently. I know I’m on the right track – I’m in a better position in my training than I’ve ever been and fitness-wise I’m sharp as well.

“Now it’s about putting it into matchplay and showing everyone what I know I can do.”

As for the prospect of a meeting between the two Englishmen, it of course depends on the group outcomes, but as a previous player at Hennebont, Pitchford admitted he would like to face them.

“It would be nice to play against Hennebont because I had some great years there and won the ETTU Cup,” he said, “but we have to take one match at a time.

“The first step is to win the group and get into the quarter-finals and then we will see. Whoever we’re up against we’ll try to get the win.”