Liam Pitchford will play South Korea’s Jang Woojin as a new era of World Table Tennis is launched in Macao tomorrow – and is excited by the new look and new format it brings. 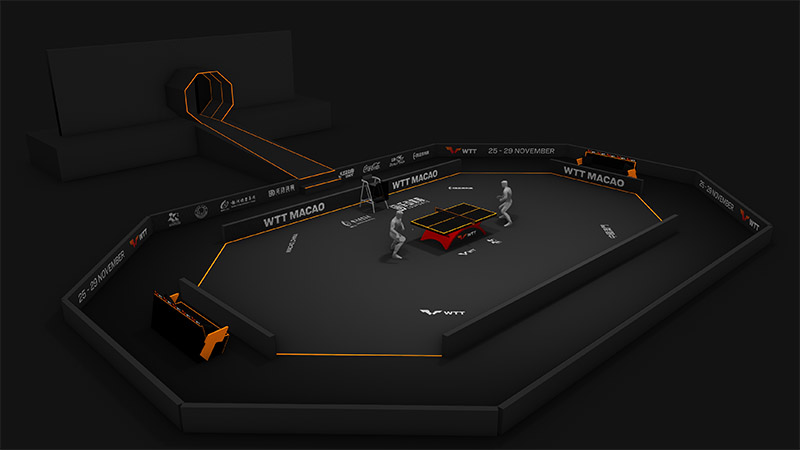 Liam Pitchford will play South Korea’s Jang Woojin as a new era of World Table Tennis is launched in Macao tomorrow – and is excited by the new look and new format it brings.

WTT Macao is an exhibition event featuring 32 of the world’s best players – 16 men and 16 women – to showcase World Table Tennis, which officially launches next year.

The International Table Tennis Federation is promising that WTT will steer the sport in a “bold, fresh direction . . . introducing a thrilling playing format, scoring system and a dynamic prize money structure.”

Pitchford’s first match is in ‘Battle Round One’, which features the lowest eight ranked players in the tournament. He has been drawn against world No 18 Jang, who he has never before met in competition.

Matches at that stage are best of five, but with a sudden death point at 10-10 in the first four games. A deciding fifth game would need to be won by two clear points.

Pitchford’s match is the final one in the session beginning at 6am UK time on Wednesday, with three matches on before his in the one-table competition. There is a rolling format, so a confirmed start time is unknown, but highly unlikely to be before 8am UK time.

The winner faces another South Korean, world No 14 Jeoung Youngsik, in ‘Battle Round Two’, where seeds 5-8 enter the competition and play is over the same format.

Pitchford has not beaten Jeoung in four meetings, although the first two were way back in 2008 and 2009. He did, however, lose to him 4-1 in the last 32 of the Rio Olympics.

While the two Battle Rounds are taking place, the top four seeds will play their own mini tournament to decide their final seeding. The matches will be over five games but first to eight points, with a sudden-death point at 7-7 in all games.

The draw for that part of the competition sees the No 1 seed vs No 4 and No 2 vs No 3. The winners and losers of the first round of matches will then play each other to determine the top four seeds.

When all those rounds have taken place, the four winners of Battle Round Two will play the top four seeds (in their new order), with the top-ranked player facing the lowest-ranked, and so on.

The other big change is in event presentation, with an octagon-shaped court design and a table featuring orange lines and LED panelling, contrasting with black flooring – a first for table tennis. Both orange and white balls will be tested at the event and new camera angles are promised.

WTT Creative Director Joachim Davy said: “It is very exciting to see WTT’s visual identity coming to life. The image of our WTT events is vital to convey a bold and exciting approach to run table tennis events across the globe. WTT Macao offers a first glimpse of what’s in store from 2021 onwards.”

So, what does Pitchford make of the new era and will he need to change his game or mindset to take account of the new formats?

“The golden point at 10-10, I’ve played that before in the Japanese League and the Indian League and for me, it adds a bit more pressure and that makes it more exciting. I don’t think I’ll need to change my approach.

“I’ve not played all the other rules before, but if it helps people see table tennis in a better light and makes it more TV-viewable, then why not?

“It’s about taking the sport forward and that’s what I would hope everyone wants. If in the long run it’s best for the sport – and I think the WTT can be – then why not?

“They’re bringing in bigger prizemoney and making the events bigger and hopefully drawing in more TV time and making it a bigger Tour. One day their aim will be more towards the tennis side of things – and they’re not doing too badly for themselves.”