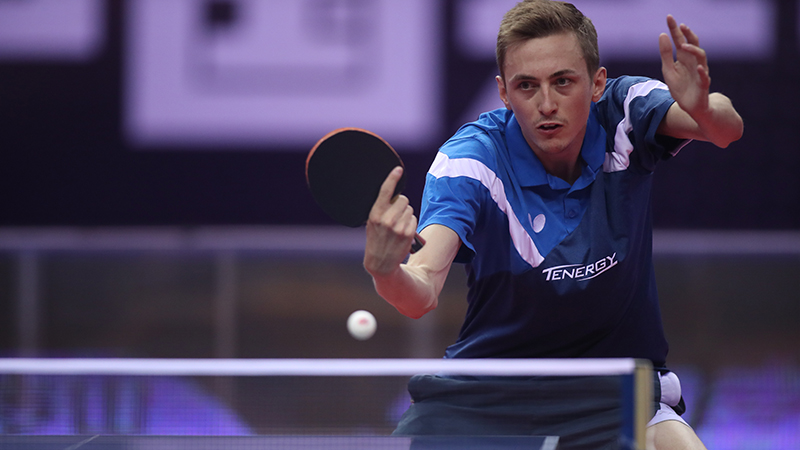 England No 1 Pitchford is in Group 1 and will first face Italy’s Leonardo Mutti, ranked at 299 in the world on Tuesday afternoon, followed by a match against Benjamin Brossier of France (#297) at 9.50am UK time on Wednesday – the second match is on Table 1 and is set to be live-streamed by the ITTF.

Pitchford, currently the world No 48, has been working hard at his new training base in Copenhagen and is looking to continue a year which has been characterised by a string of victories against world top-20 players.

He said: “I’ve had a good two weeks’ preparation – a lot of practice and physical – so I’m feeling good. I believe I can beat anybody on my day, I’m in good shape physically and mentally so if I can keep that up hopefully I can string some wins together.

“I also know it’s the first tournament of the season so everybody is hungry, so I need to be focused on every match and every point.”

Drinkhall, who has slipped down to No 90 in the world, begins against the host nation’s Teodor Alexandrov (#332) in Group 8 and follows up against Mehdi Bouloussa (FRA, #234). David McBeath, ranked at 208, is in Group 14 against Zsolt Peto (SRB, #425) and world No 79 Pavel Sirucek of the Czech Republic.

Pitchford & Drinkhall will also compete in the doubles, where they face Dutch pair Ewout Oostwouder & Laurens Tromer on Tuesday evening in the preliminary round.