Residents from the Wandsworth and Lambeth area will now be able to enjoy table tennis for free whenever they want thanks to the ETTA’s Ping! the Public initiative.

After demonstrating how the tables would be used by the public, the councillors were successful in their bid and attracted part of the £250,000 funding pot set aside by Sport England for public ping pong tables.

This month, the councillors were finally able to officially launch their new tables under glorious sunshine as outdoor table tennis made its debut on Clapham Common.

There were numerous guests present at the launch, including Battersea MP Jane Ellison, Clapham Common Ward Councillor Shirley Cosgrove and the Common’s own Park Officer. They, alongside local children and the Lambeth Table Tennis Team who took part in the London Youth Games, gave the tables their first use.

Councillor Cosgrove, who led the effort to secure the grant, said: “I am delighted that, with the help of a grant from Sport England, we have been able to add outdoor table tennis to the many activities on Clapham Common.

“This is a fun sport for all age groups and we hope that Wandsworth and Lambeth residents will take full advantage of these tables, which are free to use and conveniently located near the existing tennis courts.” 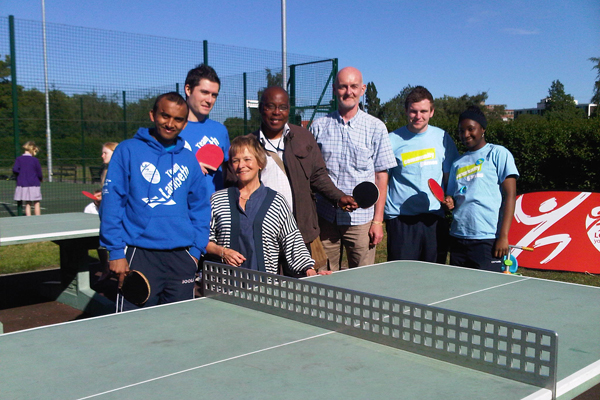 –       Ping! the Public is a great project for the whole community. By planting tables in public spaces it encourages passers-by to spontaneously join in and create new friends by bringing people together through sport.