Ping pong trio have China on their mind

Success at the World Championships of Ping Pong has led to a big opportunity in China for Chris Doran, Matt Ware and Andrew Baggaley. 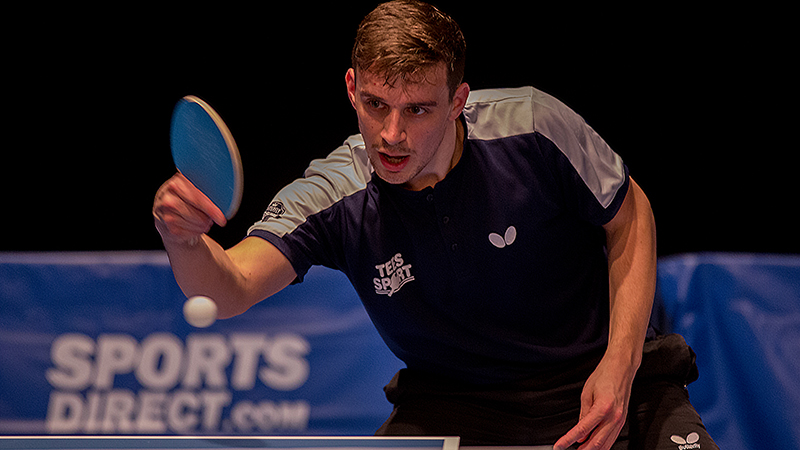 Success at the World Championships of Ping Pong has led to a big opportunity in China for Chris Doran, Matt Ware and Andrew Baggaley.

All three have been invited to play a ‘world cup’ of ping pong next month, while Baggaley and Doran will be in China in December for a Ryder Cup-style Europe versus China clash as part of a five-strong European team also including WCPP stars Maxim Shmyrev, Alexander Flemming and Lubomir Pistej.

The first competition is in Zhenjiang, near Nanjing in eastern China. Doran, Baggaley and Ware are three of the 16 European and four Chinese players in the field for an event in which Baggaley also played last year.

They were invited as a result of their runs at the WCPP at Alexandra Palace in January, where Doran reached the semi-finals, beating two-time world champion Baggaley in the quarters. Baggaley had earlier eliminated Ware in the last 16.

Ware, whose father Geoff will also make the trip, said: “It’s an amazing opportunity. Apparently it’s being shown on one of the biggest TV channels in China and according to Andrew last season the atmosphere was amazing.

“I know and have played against most of the opponents from Europe and would fancy my chances against any of them, but the Chinese will be very difficult to beat.

“I will go in with an open mind and positive, and try to do my best.”

With relatively short notice of the event, Ware said it was a challenge to juggle his table tennis career with the hard-bat discipline.

“I’ve practised the last couple of weeks here and there but it’s difficult because I play in the British League and it’s difficult to flip between the two disciplines,” he said.

“I’m training as much as I can and have been playing with Finn Morgan-Bayliss who’s a reasonable standard and is based near me.

“I can’t wait for the opportunity to play and see a different country. I’ve never been to Asia before.”

However, Ware is likely to miss the WCPP in January as his wife Sophie is due to give birth at that time.

He said: “Our due date is exactly the same as the World Championships, so I won’t be able to play in that. Nothing beats a new-born!”

Doran is also looking forward to his dual challenge and hopeful that good performances could open the door to an invitation to compete in China’s ping pong superleague.

He said: “I’ve never been to China and I’m going to be going twice in as many months. They are going to be very strong competitions, particularly the second one – it’s hard to beat China at anything.

“I think anyone who knows me would say I’ve always had good hands but because I’m pretty big my weakness in the sponge game can be speed.

“But in the sandpaper, you’ve got that extra fraction of time, so I feel I’m one of the best at that format, where the field isn’t quite as deep.

“I’m really excited about it. It’s going to be big and could open other doors.”

Baggaley will face an ever short time-frame between switching between codes – he is due to compete at the ITTF World Tour events in Belgium, Sweden and Austria between now and November 8 and will fly straight from Austria to China.