Paul and Sam aim to sweep up more medals

It’s arguably the iconic image of England’s Commonwealth Games table tennis history – the momentous 1-2-3 in the mixed doubles at Glasgow 2014. 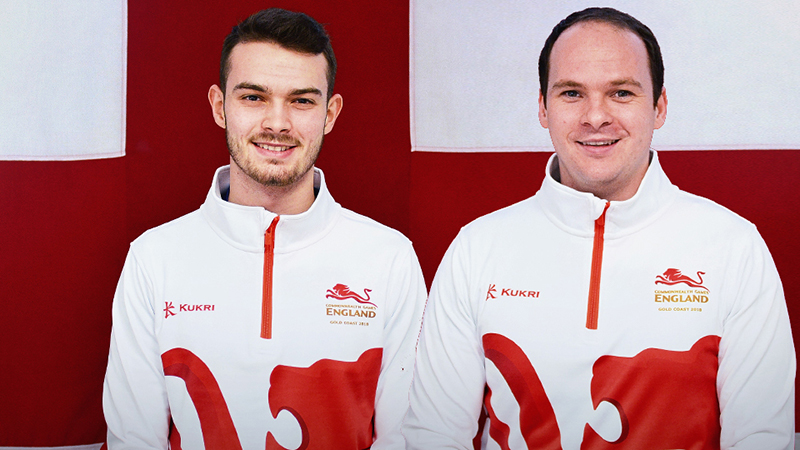 It’s arguably the iconic image of England’s Commonwealth Games table tennis history – the momentous 1-2-3 in the mixed doubles at Glasgow 2014.

Paul Drinkhall was on the top step alongside his wife Jo, and he believes there are big opportunities for more gold in Australia, on a team and individual level.

Sam Walker – not on that podium but part of the silver medal-winning team four years ago – goes further still and believes we could see another England clean sweep next month, with the men’s singles on his and his colleagues’ radar.

It is indicative of the belief running through the men’s squad, on the back of the Team World Cup bronze medal in February and with the three leading players all ranked in the world’s top 100 and potentially among the top eight seeds in Australia.

Walker said: “My ambitions are lots of medals, hopefully! For the team, I think gold has to be the ambition, but I’d like gold in everything – that’s what I’m aiming for.

“I think I’ll probably be in the top eight seeds and first things first is to get to the quarter-finals. I believe I’d be able to go on and win it, but there’s a lot of others thinking the same thing and trying to do it.”

Not least among those are Drinkhall and the in-form Liam Pitchford. Walker realises the draw may well throw up matches between team-mates if they all get to the latter stages, and is ready to approach them the right way.

“We’re friends off the table but obviously if we meet on the table, well, you just have to play your opponent as normal,” he said.

“I want my friends to do well. I’ll try my best but if I play them and lose to them fairly because they are the better player, then that’s fine, I’ll be happy for them.

Drinkhall believes the singles tournament is open, agreeing that this will give the English contingent encouragement that they can all challenge.

He said: “I think there’s a lot of players who can win it and no out-and-out favourite. It will be an interesting tournament.

I’m looking to get to the medal matches. When you get into that position, anyone can win. It’s just about giving yourself the best chance to have a go at it.

“It’s good to be in that group and hopefully I will come out on top. There’s a lot of good players and the person who does win it is going to deserve it.”

As for the team, both athletes agree this presents another golden chance for England.

Drinkhall said: “That’s the first event and the first priority. I think there’s quite a few dangerous teams this time. Normally you’ve got Singapore as outright favourites but now there’s Nigeria as well. They’ve got Quadri Aruna and when you’ve got a player like that it makes you a strong team.

“Singapore have got Gao Ning who is very experienced and on his day can beat anyone. India have got top players and strength in depth and that’s a good position for them to be in.

“For us, we’ve got the experience even though we’re a young team, and we’re up there with the favourites. We’ll be there or thereabouts.”

Walker added: “Singapore and Nigeria are dangerous but I think India are the big threats in the team. They have got four players now who have been playing well and have gone up the rankings. They’re going to be a tough side to beat – but so are we.”