Participation Survey: What you told us

The majority of regular table tennis players say they will return to the sport when lockdown restrictions are lifted, according to our major Participation Survey. 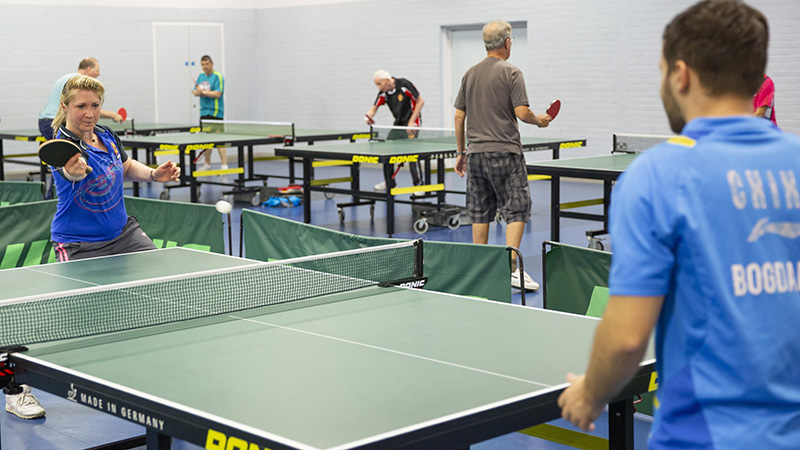 The majority of regular table tennis players say they will return to the sport when lockdown restrictions are lifted, according to our major Participation Survey.

Almost 1,700 people from all areas of the sport responded to the survey last November and December, before the current national lockdown was introduced.

Of those, 60% said it was “extremely likely” they would return to play when possible, with a further 18% giving their response as “likely”. Only 1% said returning was “not at all likely”.

Two-thirds (66%) of respondents had returned to play after lockdown 1.0, and 70% of those were in clubs.

One-third (34%) of respondents said they had not returned to table tennis after lockdown 1.0, with the non-availability of venues given as the biggest factor stopping people returning to play, while around one-in-five (21%) said they did not return because they were nervous about the risk of covid-19.

Of all those who responded, 85% were members of a club and 70% were league players.

Only 24% of league players reported that their league had resumed after lockdown 1.0 and, for 83% of those, the format was different – usually a move from three-player to two-player teams.

Nearly half (47%) said the change of format made no difference to them, 10% said it was better and 43% said it was worse – the most common reason being the ban on doubles matches.

The lack of playing spaces was the most common concern raised by league players. Both club and league players raised concerns about players feeling safe to return and confident about covid-related procedures.

Guidance will continue to be provided to ensure a safe return to play and we will share examples of good practice as restrictions are lifted.

We will also continue to produce guidance and share best practice on topics that are important to players, clubs and leagues. We will be releasing some examples of where Clubs have overcome facility challenges, as well as hints and tips for accessing Sport England’s Return to Play Fund over the next few weeks.

We are also resuming club webinars during the current lockdown, with sessions on funding and volunteering confirmed for February.  Recordings of previous club webinars can be accessed by clicking here.

Working in partnership with Club Matters, we will deliver a series of eight workshops both to help players return to play in the immediate, and to provide opportunities to enjoy our sport in the long term. Topics will include: developing a marketing strategy, participant experience and planning for the future. More about these can be found by clicking here.

Elsewhere in the survey, while awareness of Play at Home initiatives was generally low, once accessed, usefulness of these was considered good.

Coaches accounted for 13% of respondents – 111 people in total – and 52% had not been able to return to coaching after lockdown 1.0, usually because of non-availability of venues. In response to requests made through the survey, we have arranged a new series of webinars in lockdown 3.0 to provide CPD opportunities for coaches.

24% of respondents were volunteers and 40% of those had not returned to play after lockdown 1.0 – again primarily because playing spaces had not reopened.

Thanks to this type of feedback, we are able to make informed decisions about how we support clubs, leagues and others in the sport. To ensure our decisions continue to be guided by those who engage with us, we welcome players, clubs, leagues, coaches and volunteers getting in touch with their news about how they are keeping active with table tennis during the current lockdown, and how they’re preparing for the return to play. Please submit your story to [email protected]