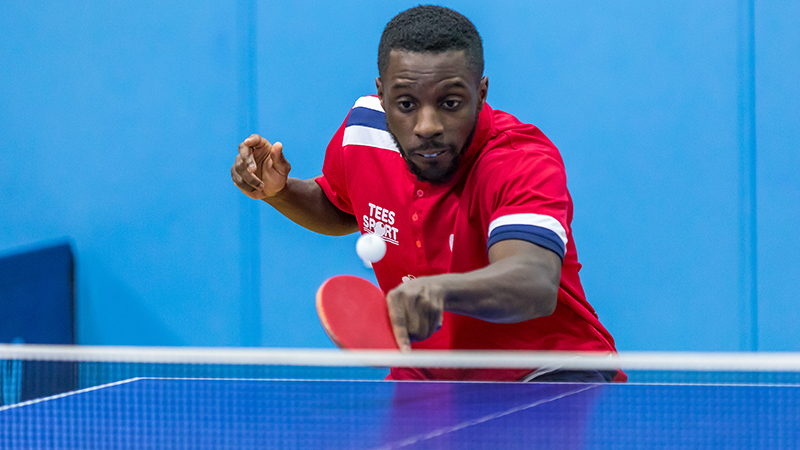 Ormesby prevailed in the top of the table contest as they secured a stunning 3-2 win over Urban TTC.

Darius Knight was the star performer on the day as he helped Ormesby to victory in the doubles before picking up an outstanding victory over Daniel Schaffer.

Knight partnered Tianming Zhao in a five-end victory over Daniel Kosiba and Szilard Gyorgy before Tianyuan Liu became the first player to defeat Schaffer this season in a 3-1 win.

Daniel Kosiba clawed the defending champions back into the bout with a 3-1 win over Zhao, but Knight ensured Ormesby would end the day as the outright leaders as he stormed to a superb 3-0 victory over Schaffer.

Gyorgy, however, ensured Urban would only be one point behind come to the league split with a 3-1 triumph over Liu.

The result leaves Ormesby top on 25 points, with Urban second a point behind.

Three points below the league leaders are Ormeau, who didn’t play this weekend, with Drumchapel fourth and five behind after a 3-2 win over Fusion.

Yaser Razouk and Tang Yao won the doubles and David McBeath won both his singles to secure victory for the Scots, with Joseph Hee and Lorestas Trumpauskas replying with 3-1 wins over Razouk and Yao respectively.

It leaves Fusion three points clear of basement side, Cardiff, after they were defeated 4-1 by North Ayrshire, who are now fifth.

Main ensured his side would win the match when he put them 3-0 ahead with a comfortable win against Benedict Watson. Cundy got Cardiff on the board with a win over Johnson, but Wilson beat Owen to ensure Cardiff remain two points adrift at the bottom.

The league will now split into two halves, with the top four and bottom four all clashing one last time.