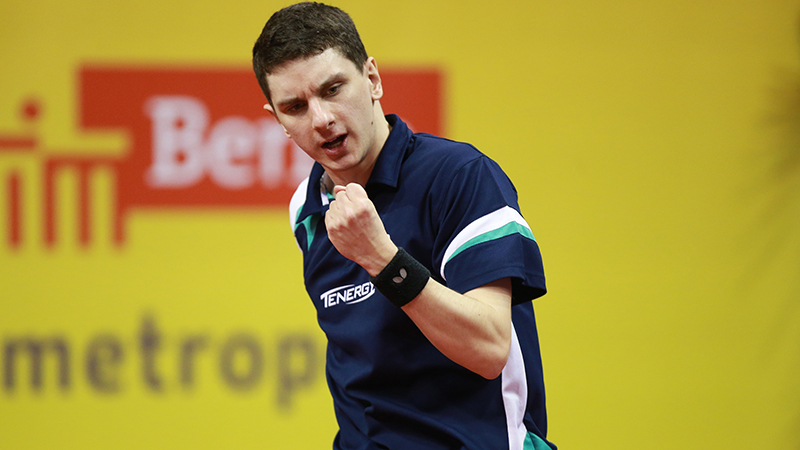 Ormesby kept the pressure on Urban with an impressive 6-2 win over Drumchapel.

The Cleveland side faced a daunting trip to Scotland to take on the defending champions but triumphed thanks to doubles from Viktor Brodd and Daniel Reed.

But it was the Brodd who stole the show, the Swede provided an outstanding display to beat David McBeath in straight sets, just two weeks since McBeath had defeated world number 46 Paul Drinkhall in the National Championships.

As for Reed, he also defeated Howieson 3-0 before overcoming Yaser Razouk by the same scoreline.

It left Tianming Zhao and Darius Knight to do the rest, and they did so as Knight defeated Razouk 3-0 while Zhao beat Yannick Vostes in straight ends to secure the victory.

McBeath responded with a 3-2 win over Zhao, while Vostes defeated Knight.

The defeat leaves Ormesby one point, and Drumchapel three, behind Urban, who continued their fine form with victory over Cardiff.

Without regulars Satoshi Aida and Szilard Gyorgy, Urban still prevailed as Daniel Schaffer stepped up to the plate to win both his games at number one.

Schaffer defeated Anna Hursey and Tom Maynard in straight sets, while Tibor Kadar also won both his sets on debut.

Maynard and Ryan Owen hit back for Cardiff, beating Alim Hirji and Mateusz Mikosz respectively, but it wasn’t enough to snap their losing streak.

Ormeau bounced back from their defeat to Ormesby with a 7-1 over Fusion. Vitor Seiji Ishiy starred again with two wins at number one while Gavin Maguire and Owen Cathcart also picked up doubles. Lorestas Trumpauskas responded for Fusion with victory over Oriol Monzo.

Meanwhile, BATTS eased any relegation fears with a second straight win as they overcame North Ayrshire in a 7-1 triumph.

Despite falling behind when Malte Moregard lost 3-1 to Colin Dalgleish, they responded by registering the next seven sets, with Jack Bennett, Ethan Walsh and Tony Halling all winning two.