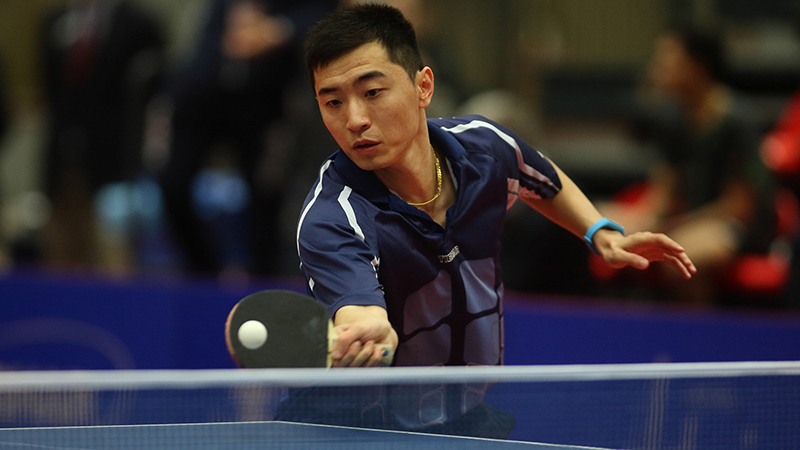 Ormesby are within touching distance of regaining the Premier British League trophy after a pivotal penultimate weekend of action.

Ormesby’s 5-0 victory over Ormeau was made all the more significant as Urban TTC suffered a 4-1 defeat to Drumchapel. The two sides were level on points heading into their respective fixtures, but as the two prepare to squad off in the final round of action, Ormesby are now guaranteed the title so long as they earn two sets in the contest on May 18th.

Tianyuan Liu was the star performer for Ormesby in their win as he won both his singles, beating Lucas Molland in five before dispatching of Gavin Maguire 3-0.

He was ably supported by Darius Knight and Tianming Zhao, who beat Matt Ware and Molland respectively.

As for Urban, their efforts weren’t as successful. Without the services of Satoshi Aida, the reigning champions succumbed to defeat against an impressive Drumchapel outfit.

David McBeath and Simon Berglund were the main tormentors as they joined forces to defeat Szilard Gyorgy and Alim Hirji in the doubles, while individually McBeath overcame Gyorgy in five while Berglund excellently overcame Schaffer in a deciding game.

Schaffer was able to overcome Marc Duran, but Duran’s win over Hirji wrapped up a disappointing day for Urban, whose title hopes are all but in tatters.

It was the final round of fixtures in Premier B, and it confirmed Cardiff would finish bottom as they lost 4-1 to North Ayrshire.

Although Dean Cundy defeated Martin Johnson, the North Ayrshire talent teamed up with Andrew Macpherson to win the doubles before the youngster overcame Pouyan Javanmard.

Zak Wilson won both his singles too to secure a victory that ensured the Scots finished second in the league split, with Batts dropping a place after losing 5-0 to Fusion.

A weakened Batts side struggled throughout as Lorestas Trumpauskas, James Smith and Joseph Hee eased to victory, although Bennett lost to Smith in five.