Olympic draw: Tin-Tin and Paul in action on Saturday

Find out details of the Olympic Games draws and hear from our three athletes in Tokyo! 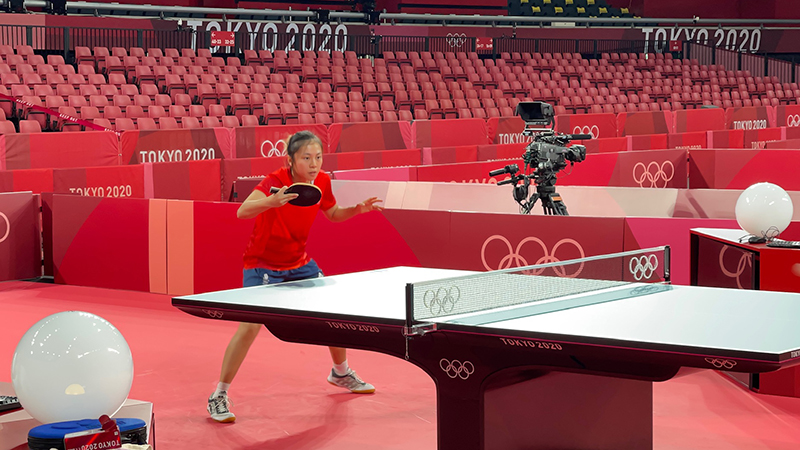 Ho received a bye through the preliminary round in today’s draw and will start her campaign in the first round proper against world No 62 Batra on Saturday. The match is at 7.45am UK time on table 1.

Ho and Batra faced each other twice at the Commonwealth Championships in Surat, India in 2015 – Batra coming out on top in both their Women’s Singles quarter-final tie and when they met in the Women’s Team event. They have not played each other since.

Meanwhile, Paul Drinkhall will start in the first round of the Men’s Singles against Iranian Nima Alamian, currently ranked No 128.

They have met once before, Alamian coming out on top 4-1 at the 2019 World Tour Platinum Qatar Open.

The match is at 8.30am UK time on Saturday on table 4 and the winner will face Austria’s world No 25 and 17th seed Robert Gardos of Austria in the second round.

Liam Pitchford is seeded No 11 in Tokyo and enters in the third round, which is the last 32. His most likely opponent is world No 28 Darko Jorgic of Slovenia, the 18th seed, assuming he comes through a likely second-round tie with Spain’s Alvaro Robles.

Pitchford is seeded to meet Japan’s Tomokazu Harimoto, the third seed, in the last 16.

The players have been practising at the venue today ahead of the start of competition. Watch the footage, along with some interview clips, below.

The full interviews can be viewed on the Recast platform by clicking here.

Table tennis at the Olympics will be shown on Eurosport – seven new pop-up channels will be available to Sky, Virgin Media, BT and Amazon Channels customers. Matches will also be available to stream on discovery+ and via the Eurosport app and Eurosport.co.uk

Matches may be available on catch-up on the BBC website (subject to confirmation).