No sooner had Instant Ping Pong Kits been awarded to children and adults of local schools and youth organisations in Horley, Charlwood and Burstow by Olympians Joanna & Paul Drinkhall, than a spontaneous table tennis frenzy broke out with recipients setting up nets on tables of all sizes and balls flying everywhere!

Partners Joanna and Paul had previously demonstrated their skills on a smaller table than they were used to but were glad to be part of a popular day’s entertainment.

English no. 1 Joanna said: “The kits were very well received and the immediate enthusiasm to play was amazing.” Four-time National Champion, Paul added: “It proves what a popular, fun game table tennis can be, and these kits open the game up to a much wider audience.” 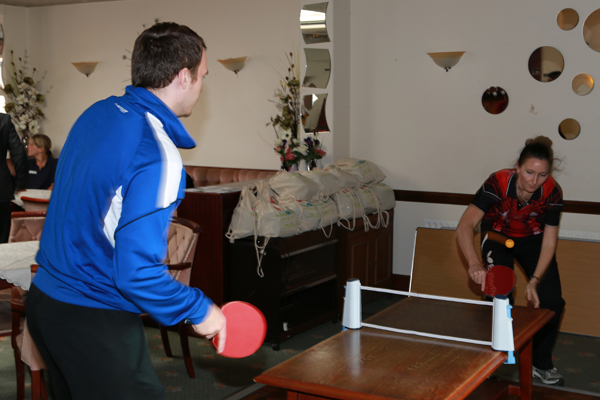