Fred Lockwood, twice a veterans’ world champion and also a double European champion, has died after a long illness. 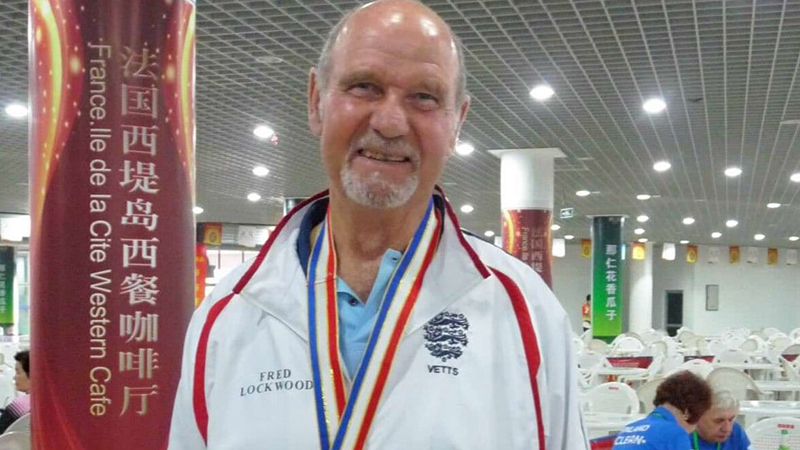 Fred Lockwood, twice a veterans’ world champion and also a double European champion, has died at the age of 88 after a long illness.

Fred was over-75 Men’s Singles champion in Rio de Janeiro in 2008, and two years later added the O/75 Men’s Doubles alongside Merve Wood.

On the European stage, he was O/65 Men’s Doubles champion in 1999 in Gothenburg and, 14 years later, won the over-80 version of the same event alongside Geof Bax.

Including his four golds, he won a total of 17 medals at the world and European Veterans’ Championships.

As well as being on the top step of the podium with Geof Bax, who sadly died earlier this year, Fred also starred alongside him in a National Lottery promotional advert at Christmas 2015.

The film told the story of a match between a team of young players and a team of veterans, showing how The National Lottery raises money for schemes which bring people together.

Fred, played in several local leagues in Essex during his career and was also an enthusiastic member of the Veterans English Table Tennis Society (VETTS), travelling all over the world to play.

In recent years, he was part of the Old Codgers at Hullbridge TTC, run by his great friend Bill Smith.

VETTS Chairman Jan Johns wrote on the organisation’s Facebook page: “On behalf of the VETTS, we wish to convey our heartfelt condolences to Fred’s wife Jenny and all the family. Table Tennis has lost a true champion and a much-loved character.”