Former England international Margaret Fry (Mrs Hiorns), an English Open semi-finalist who played at two World Championships, has died at the age of 90. 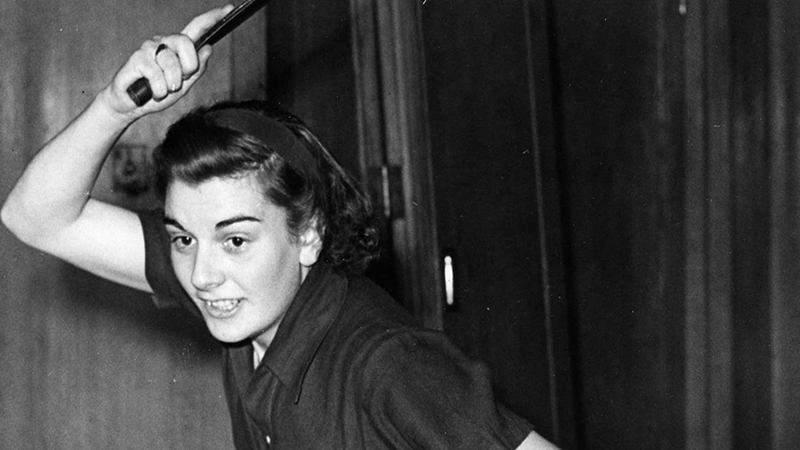 Former England international Margaret Fry (Mrs Hiorns), an English Open semi-finalist who played at two World Championships, has died at the age of 90.

Margaret began her table tennis career in Bristol where she soon came to prominence and it wasn’t long before her name was in the record books, winning four league titles.

Margaret went on to represent her county of Gloucestershire more than 30 times, with her debut against Yorkshire on 12th November, 1949. Margaret also played tennis for her home county. Her achievements gained her Gloucestershire’s ‘Green ‘Un’ Sportswoman of the Year Award in 1951.

In September 1952, Margaret moved to London and became great friends with the Rowe twins, amongst many others, and became part of the Rowe household when she first moved to the capital. Despite strong players within her new county of Middlesex, Margaret nonetheless established herself in the county team and played for them on over 50 occasions when they were one of the most formidable county teams in the country. She also became the Middlesex County Women’s Singles champion in 1952.

The move to London reaped considerable benefits for Margaret and resulted in being selected to play for her country, with her first cap being against Scotland at St Andrew’s Hall, Glasgow, on 17th December 1951. The team won 9-0 and Margaret won her singles match and, partnered with Rosalind Rowe, her doubles match too.

Margaret was a prolific tournament player and won around 50 titles at various Open tournaments both at home and abroad. She played in two World Championships, in 1954 and 1955, and reached the last 32 in the Women’s Singles in 1955, the Women’s Doubles with Pam Mortimer in 1954 and the Mixed Doubles with Ron Crayden in 1955.

At the English Open, her best result was reaching the semi-final of the Women’s Doubles in March 1950 with Joan Crosby. Margaret was the Women’s Singles Consolation winner in 1950/51 and 1961/62.

Margaret, who was also a talented golfer and bowler, moved into the administrative side of the game and was a member of the National Executive Committee from 1960-64; she was also on several ETTA committees including the National Championships Committee, County Championships Committee and Selection & Ranking Committees for senior and junior players. At county level, Margaret was on the Middlesex Committee as the County Umpires Secretary and was a committee member for London Business Houses.

Table Tennis England Honorary Past President Doreen Stannard, who was a lifelong friend of Margaret, said: “For someone who achieved so much in the sporting world, she was a very modest person. She and her husband Frank really enjoyed their life together. She will be missed.”

Our condolences go to Margaret’s family and friends.

The funeral is to take place at Breakspear Crematorium, Ruislip on January 24, at 12.30pm.