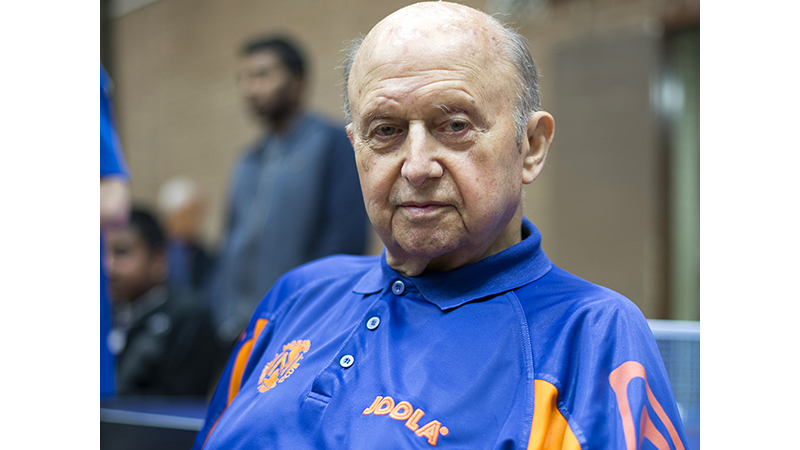 Len Hoffman, one of the great characters of London table tennis and who spent 68 consecutive years coaching the sport, has died at the age of 93.

Born in East London, he remained active in the area until retiring in 2016, having begun his coaching career in 1947, and nurtured talents including Chester Barnes.

Len begun his work coaching in schools in Newham, Barking and Dagenham and soon after began to run a youth club in Forest Gate, coaching football and table tennis to youngsters.

One of those was Barnes, who went on to become an England star and Senior National Champion and who begun his table tennis journey while on a holiday to Butlin’s at Clacton with Len and members of the club.

Former England No 1 Stuart Gibbs and Commonwealth Championships gold medallist Skylet Andrew were also among those to have been coached by Len – who also encouraged the careers of several professional footballers, including West Ham United pair Harry Redknapp and Frank Lampard senior.

In recent years, he worked at Mossford TTC, coaching players of all abilities and helping youngsters to learn new skills.

He continued coaching into his nineties and was awarded a number of accolades, including the British Empire Medal and the Unsung Hero of the Year Award at the Table Tennis England Volunteer Awards 2015.

Len was presented with a lifetime achievement award at Mossford TTC in 2014, with Gibbs and Andrew in attendance.

Phil Ashleigh, Head Coach at Mossford TTC said: “I cannot think of anyone that did more and he still had the Pied Piper magic right up until he needed to stop.

“He was an extraordinary man and it was a privilege to know him and work with him.”