Gordon Sanders, of Leicester, has died aged 79 after a long and brave struggle against cancer. He was the County Chairman of Leicestershire Table Tennis Association and a former National Councillor for Leicestershire. 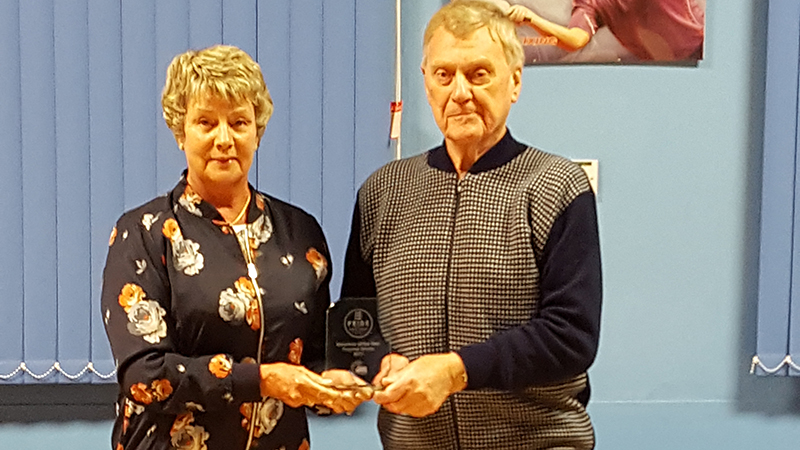 Gordon Sanders, of Leicester, has died aged 79 after a long and brave struggle against cancer. He was the County Chairman of Leicestershire Table Tennis Association and a former National Councillor for Leicestershire.

Having started in league table tennis in Bolton and then in Dewsbury where he held League offices, Gordon really came to the fore in Leicester where he became Chairman (1999-2011) and Secretary of Knighton Park Table Tennis Club (2005 to his death).

He was heavily involved in all aspects of a large and thriving PremierClub excelling in administration and devoted to providing opportunities for youngsters to play table tennis, notably in the 12 teams that he ran in the Leicester Development League.

He was also a UK Level 2 coach advising many youngsters who passed through the club over the last 20 years. He played a major role in the move of the club to new larger premises in 2012, which has generated even more activity.

Robert Geary, Knighton Park Table Tennis Club Chairman, said that Gordon was totally dedicated to the best interests of the club striving to take every possible opportunity to enhance the club.

Shirley Pickering, Leicestershire Table Tennis Association Secretary, said that Gordon expected high standards from all involved in the County’s activities and was immensely supportive of the county teams, especially the juniors.

Gordon was awarded Honorary Life Membership of the Leicestershire Table Tennis Association and received from Table Tennis England the Regional Volunteer of the Year Award under Pride of Table Tennis and the Maurice Goldstein Merit Award.

Leicestershire & Rutland Sport awarded him the accolade of Volunteer of the Year and the Leicester and District Table Tennis League honoured him through the Phil Reid Memorial Trophy for outstanding services to the League.

His love of table tennis shone through and he will be much missed.

The funeral will be held on Tuesday 25th September at 3.30pm at Great Glen Crematorium, London Road, Great Glen, Leicester, LE8 9DJ. Donations in his memory will be collected to benefit Hope Against Cancer.

Condolences are extended to his widow Jean and to their family.