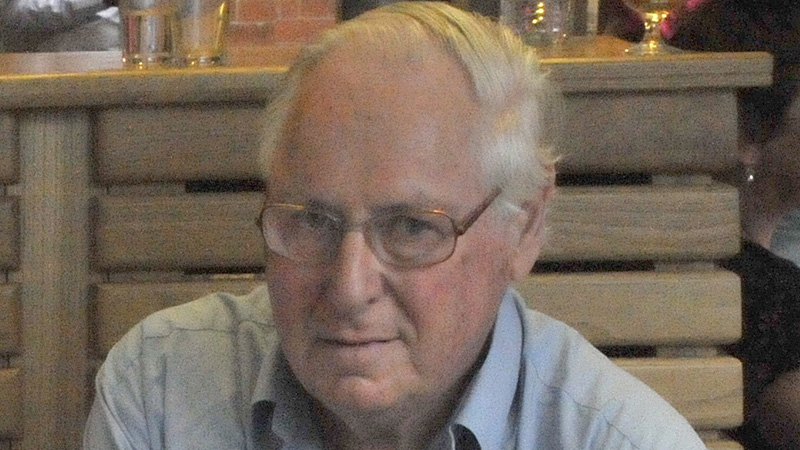 Born on March 10, 1931 in the village where he always lived, Gerald had the distinction of playing for both Oxford and Cambridge Universities. Table tennis was not originally recognised for a ‘Blue’ at either university but Gerald, with the help of Ivor Montagu, persuaded the Blues Committee at Oxford to award a Half-Blue for table tennis. Shortly afterwards, Cambridge followed suit.

Gerald became involved in the administration of table tennis, firstly with Essex Schools Association as Secretary in 1966 and then with the English Schools’ Table Tennis Association (ESTTA) as the founder General Secretary in 1968 and later Chairman, President and first Life Member.

John Arnold, former President of ESTTA, said: “Gerald Gurney was a driving force in the establishment of ESTTA. As head of the English Department at Colchester Royal Grammar School, he had promoted schools’ table tennis for many years in Essex. In 1966 Essex claimed an entry of 390 teams in the six events of their inter-school championships as a record!
“It is not surprising that Gerald was elected as General Secretary at the inaugural meeting when ESTTA was formed in 1968, the Association having been run on an ad hoc basis in 1967. He was well supported by Jack Carrington (English Table Tennis Association Director of Coaching) as President, John Maxwell (Headteacher of Hartshill High School, Nuneaton) as Chairman and John Wright (Surrey County Schools’ TTA) as Competition Secretary. Schools’ table tennis owes a tremendous debt of gratitude to these founder officials.
“Gerald became Chairman of ESTTA in 1971, was elected President in 1973 and the Association’s first Life Member in 1978. During his time with the Association, he saw the National School Team Championships grow from Under -13 and Under-15 competitions for both boys and girls, to events for Under 19/16/13/11, together with the establishment of the ESTTA Individual Championships – the bedrock of events still held more than 50 years later.”

A collector of memorabilia of several racket sports, Gerald’s table tennis collection was regarded as one of the most extensive private collections in the world and he exhibited in several countries.

In 1987 Gerald’s definitive book Table Tennis – The Early Years was published which explored the beginnings of the game and its development at the end of the 19th century and the beginning of the 20th. As a result of his work in the history of table tennis, Gerald was made of Vice-President of the ETTA in 1992. He served on the Archive & Museums Committee from 2001-13.

Gerald also helped Ron Crayden with his 1995 book The Story of Table Tennis – the first 100 years, another invaluable table tennis book for historians. Wanting to share his knowledge of the history of table tennis, Gerald became the first editor of the ITTF magazine The Table Tennis Collector in 1993 and continued until 2001 when Graham Trimming took over. However, Gerald continued to write occasional articles for this magazine as well as the ETTA’s own publication Table Tennis News.

Although known mainly for his collection and writings Gerald qualified as a coach under Jack Carrington and it is recorded that he won the Junior Singles in the Colchester & District League in 1948/49.