Eric Todd, a founder of the BATTS club in the 1980s and who played a pivotal role in its development over the years in its many locations and guises, has died at the age of 87. 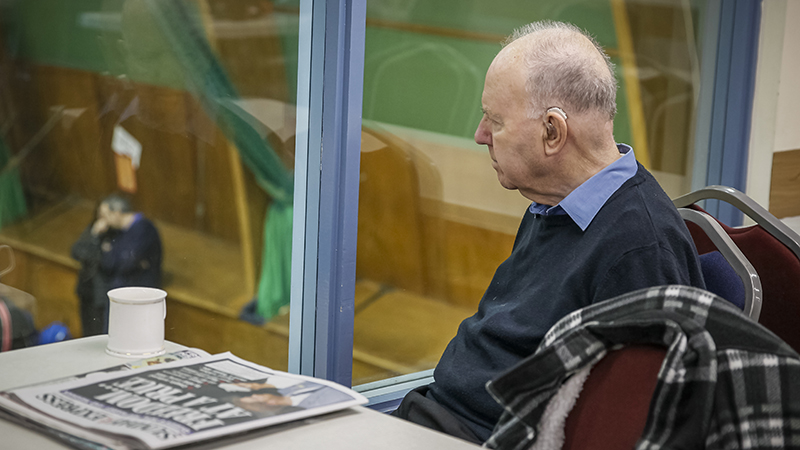 An extraordinary era sadly ended when Eric Todd passed away on 28th November at the age of 87. Eric was a wonderful human being as well as a lifelong servant to the community, giving far more than he ever took in return. He was a friend to me for more than 50 years, and it is my pleasure to tell you something about him.

Born in 1933, Eric grew up in North London and was a huge Arsenal fan, partly redeemed by the fact that his son, Stuart, is equally fanatical about Spurs! In the early 60s, now married to Janet, they heard about a self-build project in Harlow. Here was a golden opportunity to get on the housing ladder. The commitment was huge, and lasted several years, with stories of being fined “ten bob” (50p – a lot of money in those days!) if you were late with your instalment. They soon met Brian Meerloo and remained firm friends all their lives through a shared passion for table tennis.

Eric’s involvement with the Harlow Table Tennis League is summed up in this tribute:

“Eric became Chairman of the Harlow League in 1980, having been on the Committee from around 1970 until 2018, attending around 200 committee meetings and close on 50 AGMs. You can imagine how much time he had devoted to our sport over the years. Eric became President in 2006 as well as becoming the new Welfare Officer from about 2005 to 2007. Eric also ran and played in a Veterans Interleague team up to 2001 and won many League Veteran Singles, Men’s and Mixed Doubles, as well as the Over 60s and Tesco Handicap Singles titles.

“Eric made a major contribution to table tennis in general. He started coaching at St Johns Arc in 1987. At first, Stuart Gibbs helped him, and he persuaded Dave Wright and Neil Brierley to get involved. They soon moved on to Burnt Mill School in 1992 [BATTS stands for the Burnt Mill Academy of Table Tennis Skills] and then the Norman Booth Recreation Centre in 2006.

“So, for 31 years he had been involved in developing the sport. His involvement in the Harlow League spanned around 52 of the 62 years that the Harlow League has been in existence. It is doubtful his like will be seen again. All held him in great affection.”

His service to the sport was recognised by Essex County TTA and he won the prestigious Corti Woodcock award and was made an honorary life member.

Eric was very successful in the office systems supply business, his daughter, Sharon, working with him. Freemasonry was another passion, and fitted closely with his philosophy of helping others. Again, he rose to the top and served as master of the lodge.

Eric and his family moved to a wonderful house in Takeley and threw memorable parties where legends of the game like Bobby Stevens, Brian Brumwell, and Stuart Gibbs were guests. When his playing days were over, he and Janet took up bowls with the same zest they applied to everything. This was something they could share and they both became highly proficient.

Eric and Janet were childhood sweethearts and their love blossomed from the time he walked her to school. They were married in 1955 and remained devoted to each other until she passed away last year. They had three children: Dawn, Stuart, and Sharon (who is still heavily involved with BATTS as a Trustee herself), seven grandchildren, and nine great grandchildren.

How will I remember Eric?  I will remember him of course for his time in table tennis, but also as someone with tremendous drive, a real passion to contribute to society and to help others, generous to all, and a devoted family man.

How sad then, that at this time, so many who will remember him fondly will not be able to pay their respects publicly.