Eileen Allison, a much-loved referee and stalwart of VETTS competitions, has died suddenly at the age of 68. 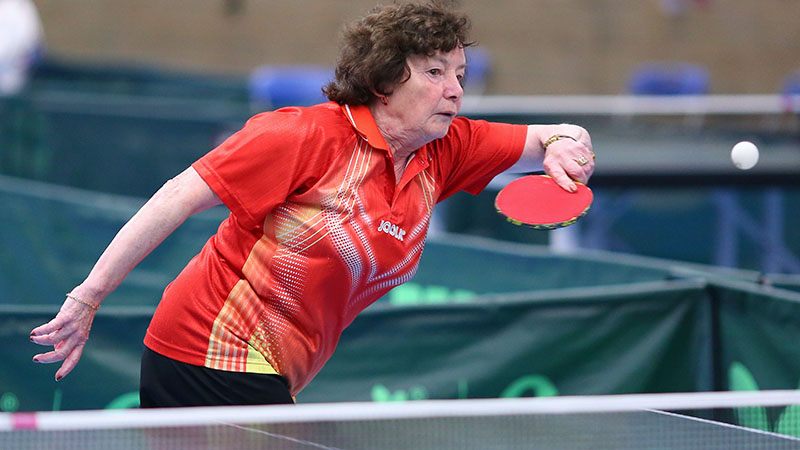 Eileen Allison, a much-loved referee and stalwart of VETTS competitions, has died suddenly at the age of 68.

One of only a small number of female referees in the country, she was known and respected by all, whether in charge of a Grand Prix or one of the VETTS events.

As well as a National Referee and National Umpire, qualifying in 1998, Eileen also played in many European and World Veteran Championships as well as VETTS Masters and Nationals. She was also a player in the Grimsby & Cleethorpes League.

She received the VETTS Mike Watts Award for services to the society in 2008, and was made an Honorary Vice President in 2009.

VETTS Chairman Jan Johns said: “She devoted 30+ years of her life supporting the VETTS, especially in the role of referee – a role in which she excelled.

“She conducted the role in her own unique manner. Messages on Facebook refer to her as a force of nature, one of a kind, one in a million, with the ability to tell you off with a twinkle in her eye. She was loved by all.”

Among the tributes to be pouring in on the VETTS Facebook page, National Referee Steve Smith said: “I spent many tournaments on the desk with Eileen, most with me as her deputy, some she was mine.

“All were great and I particularly remember her wicked sense of humour and her laugh. When she started, she couldn’t stop, which made it fun getting her to laugh as she was about to use the microphone and being hit over the head with the nearest clipboard because of it.

“Many fond memories, but mostly I’m thankful for her advice and guidance in my early refereeing days. She’ll be sorely missed and my thoughts are with her husband Brian and their family.

Former National Events Manager Harvey Webb said: “English table tennis is the poorer with the loss of Eileen Allison, one of our few female referees and certainly the most loved.

“The many fine tributes which have appeared on the VETTS website and Facebook page show the affection and respect Eileen was held in by their members and are a testament to her commitment.

“With a unique sense of authority and always a twinkle in her eye, Eileen, ruled the top table and managed the players with a firm hand and a wicked sense of humour. At a time when the Grand Prix series had huge entry lists it was reassuring to know that Eileen was one of the referees who could be relied on to get the tournament finished on time.

“I worked with Eileen over several years at numerous Grand Prix and I cannot recall a cross word between us. I did however know when I failed to keep her coffee cup replenished – she only had to hold up the empty cup and fix me with a stare, and I knew I had to fill it immediately!

“Diane and I spent many a delightful hour in Eileen and Brian’s company on a Saturday evening and were regaled with numerous stories in an atmosphere of good friendship.

“A bundle of energy in her killer heels, always on the go and incredibly positive even when battling cancer several years ago, Eileen was a unique presence and a remarkable lady. All who knew her will have wonderful memories.

“Never forgotten and our sincerest condolences go to Brian and all family and friends.”