Tributes have been paid to Table Tennis England Vice-President Cyril Villiers MBE, who has died at the age of 86. 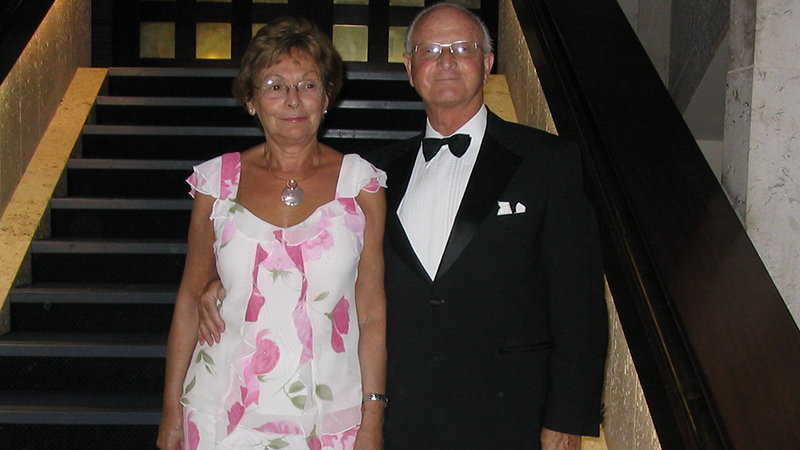 Tributes have been paid to Table Tennis England Vice-President Cyril Villiers MBE, who has died at the age of 86.

Cyril was born in London but was synonymous with table tennis in Yorkshire and Humberside, as both player and administrator and also through his work with the Sports Council and SportsAid.

A qualified coach since 1956, he played for Judean TTC in Leeds and was President of Leeds Table Tennis League. He was presented with the league’s 25-year Long Service Award in 2000.

For Yorkshire TTA, he was President from 2004-06 and again from 2008-18. He was also a Vice-President of YTTA. He and his wife Joan were regular attendees of the 100 Club dinner.

He also had a positive impact on table tennis in the course of his career, notably as Regional Director and Honorary Chief Executive of SportsAid in Yorkshire and Humberside and in the same counties as Regional Director for the Sports Council, for whom he started working in 1968.

Among those to work extensively with Cyril were Table Tennis England Honorary Life Member Alan Ransome OBE, who said: “He has been a really big table tennis supporter for many, many years and made a very big difference to the sport particularly in Yorkshire in his capacity as the Director of the Yorkshire and Humberside Sports Council.

“Cyril also made a big contribution to our sport when he was asked by Sport England to lead a Sports Council project concentration of resources in the early 1990s which provided the funding to help with a development programme which resulted in a full-time Development Officer for each of the 10 regions and substantial funding to help create many table tennis specialist centres across England.

“He was also a very keen player. He represented the Judeans in the Leeds League and gave a great deal of encouragement to the ETTA coaching programme, particularly with Peter Simpson who was ETTA Staff Coach for the North and Hans Soova who was a coach in the Bradford area and produced a string of youngsters for the England team.

“Cyril’s heart and soul was in table tennis. He will be sadly missed particularly by those in the North of England.”

John Arnold, the former President of ESTTA, said: “He was a great guy and a great supporter of schools and youth table tennis.

“He was a very wise person in meetings. He was always worth listening to and always kept everyone on track and is a great loss to this area.”

Richard Hudson, who knew Cyril both through ESTTA and Yorkshire TTA added: “Cyril always did everything supremely well and retained his enthusiasm for table tennis throughout his life. I used to play him when he was representing Judean Club which he led.

“He was a real gentleman in that he dealt with everyone so politely and gave them the time they needed when they needed help or advice.”

Cyril was appointed an MBE in 2007 and presented with the Special Award at the Yorkshire Awards in 2012. Among his other accolades were the Roy Moor Award for service to British Sport in 1994 and an Honorary Fellowship at Leeds Metropolitan University in 1991.

A funeral service was held on Tuesday.