Alan Shepherd, a stalwart of table tennis in Middlesex and Essex and an international umpire, has died at the age of 89. 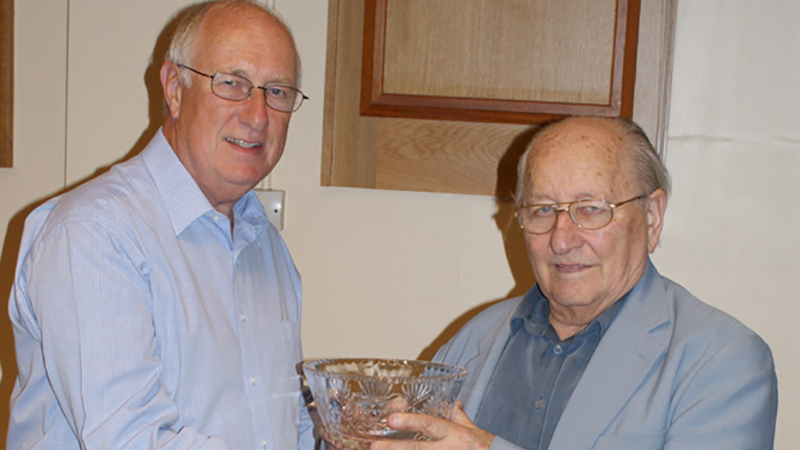 Alan Shepherd, a stalwart of table tennis in Middlesex and Essex, has died at the age of 89.

Alan was an International Umpire (qualifying in 1975) and a National Referee. He officiated at the World Championships on home soil in 1977 and 1997.

Alan served on the Regional Committee of the ETTA for more than 20 years, and had a major role in organising the Greater London Table Tennis Championships and Table Tennis in the London Youth Games. He was part of the Board of Appeal in two spells, from 1994-2001 and 2004-2016.

He acted as Team Manager 10 times between 1961 and 2005 for the GB Maccabi Senior and Junior Table Tennis players taking part in the Maccabiah Games. In 2010 received the Lifetime Achievement Award from Maccabi GB Organisation.

His roles in Essex and Middlesex were many and long-standing, including Chairman of North Middlesex Table Tennis League from 1995 until 2009 and Chairman of Essex County Table Tennis Association between 1978 and 1986, after which he was Vice-Chairman.

Alan’s long service was recognised with numerous awards, including the Leslie Forrest Memorial Trophy in 1979 and the ETTA Merit Award in 1985.

“We met in 1968 when he selected me in the Essex junior squad for the county championships weekend in Oxfordshire. I never got a game but I never held it against him.

“It was all part of a golden era for Essex table tennis and my contemporaries were internationals Micky Read, Rob and Janet Hellaby and Ian Horsham.

“Alan served Essex as Junior Match Secretary for more than 40 years, an extraordinary stint even by table tennis standards. At the same time, he had a foot firmly in his county of residence, Middlesex. “Alan was of course a tournament referee and refereed many of our Harlow tournaments. He also had a thriving solicitor’s practice with his partner George Harris (also a keen player).

“He kindly defended me on a speeding charge and Chester Barnes recounted to me recently that Alan had assisted in his divorce proceedings. Chester recalled that Alan used an egg timer and Chester would turn it round when Alan wasn’t looking to keep the bill down!

“He had an extensive record collection which he proudly showed off in his Southgate flat and was a keen racing fan and greyhound owner for many years.

“Alan had an infectious enthusiasm, true dedication and a great sense of humour. So many who knew him will be saddened by his passing.”