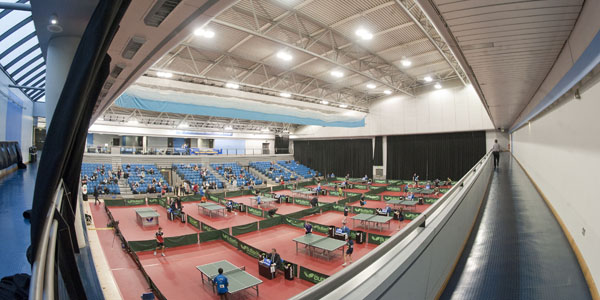 The English Table Tennis Association (ETTA) has created and appointed a new senior management team following a major restructuring of the organisation and the sport.

A year ago, the ETTA was put on notice by its funding body, Sport England, to make significant changes to its own governance  and its management of table tennis in England. Since then a new Board has been elected, which has set about implementing change.

A significant part of this was the restructuring of the ETTA with the creation of four new departments with new senior managers to oversee and co-ordinate their responsibilities. Most of these appointments have now been made.

Last month, Sport England gave a vote of confidence to the new direction of the ETTA when it announced a further tranche of funding, giving some security to build for the future.

This also co-incides with the news that Sara Sutcliffe who has been acting as interim Chief Executive Officer has accepted the offer from the Board to stay as the permanent CEO.

“I look forward to leading the ETTA through this continued period of change. Sport England has provided the ETTA with some stability for the rest of the funding cycle but the pressure is not off, we must continue down this road to improve and innovate. I am very excited about the future for the ETTA and delighted to be welcoming a new senior team as well.”

The new four members of the Senior Management Team will take up their posts in March 2014 and will be based primarily in the new Head Office in Milton Keynes. They are:

Simon said: “I am very excited to be joining the ETTA and look forward to developing a sustainable high performance system and a culture of excellence that will  propel English table tennis to the highest levels in sport.”

Emily said: “I’m thrilled to be joining the ETTA at this exciting time, to build on successful initiatives such as Ping and club based opportunities, whilst taking a customer focused approach to find innovative new ways to take this fantastic sport to the masses, getting more people regularly participating in table tennis”.

Head of Operations – Jonathan Bruck.
Jonathan Bruck is joining as Head of Operations from Sport England where he is currently Head of Business Improvement (Grants) and has held previous roles including Head of Education Capital and Deputy Regional Director.  He is a graduate in Business Studies, Sports Science and PE and with a Masters in Recreation Management.

Jonathan  said: “I am delighted and excited to be joining the ETTA and working in a sport and an organisation that has unprecedented potential and helping to achieve these ambitions.”

The recruitment process is still ongoing for the fourth senior management appointment, the Head of Marketing and Communications.