We’d like to thank all members who have already signed up for the new season, with the number exceeding 14,000 paid members, and well over 17,000 members in total. That’s approximately 600 more paid members than all of last year. 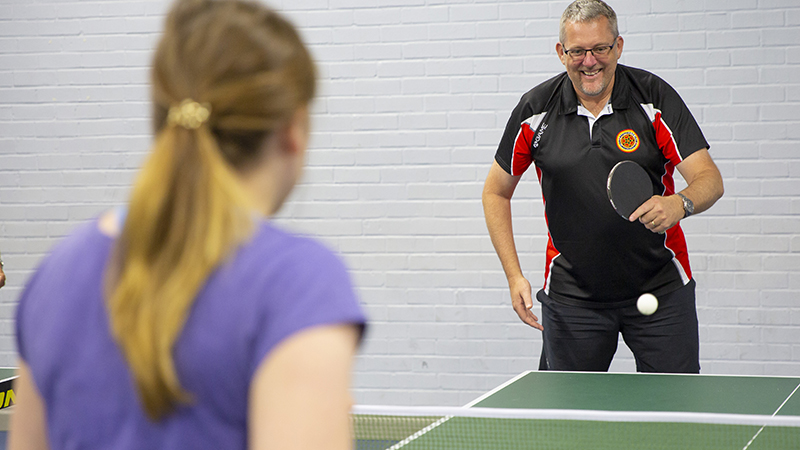 Membership numbers continue to rise as we Return to the Table with confidence as the new season commences.

We’d like to thank all members who have already signed up for the new season, with the number exceeding 14,000 paid members, and well over 17,000 members in total. That’s approximately 600 more paid members than all of last year.

Our #ReturntotheTable campaign reaches its climax this week, with the final week focussing on diversity and inclusion. The campaign has supported clubs in encouraging players to return, and in recruiting newbies to the sport.

David Noutch, winner of a visit from an England player in our Celebration Fortnight competition, for which we asked clubs to run open events/taster sessions to welcome players back says:

“We had two open sessions, the first one was on the over 50s/ bat and chat. We normally get around eight players, but on the morning we did the session we had 12 in which two have continued to come.

“The second session was on our Friday night session and we got five new players in which two have continued to come along.”

It’s also encouraging to see just under 3,000 new members either return to the sport, or try the sport for the first time. It’s great to welcome new people to the sport, and for those coming back, we hope you have seen some positive changes on your return.

We also offered an optional discount to members that renewed last year and are appreciative that the take up rate has been relatively low, at around 17 percent. This will help the sport recover in light of the pandemic.

We’d also like to thank the numerous members who have also made a voluntary extra donation when they have renewed or purchased their membership. Our donation pot has now reached almost £3,000 and we will confirm in the coming weeks how this additional money will be allocated in line with the preferences expressed by the donors.

As a reminder, we have provided the option for people to make a contribution of any size they wish and to indicate a preference for how the money is spent, choosing from five options:

If you have not yet renewed, you will have the option to make an extra donation when you do so. If you have already renewed, or for whatever reason do not intend to renew your membership currently but wish to make a donation, you can do so by clicking here.

You can renew your membership here.