Meeting the Queen with Aaron McKibbin 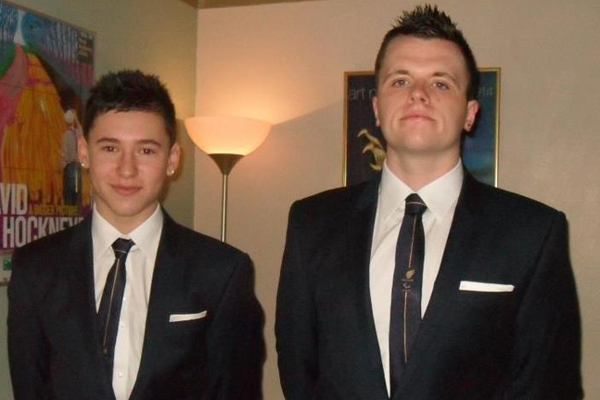 All the medalists from the London 2012 Olympic and Paralympic Games were invited to a reception at Buckingham Palace hosted by the Queen. An honour not many people can say they have had so it’s one that had to be accepted.

We were due to go back to Sheffield on 22nd October to start training again but as the reception was on the 23rd this was put off until the 24th. My team mate Ross Wilson came to my house in London the day before the reception, as we would be travelling to the Palace together and then driving straight back up to Sheffield that evening.

On the morning I woke up and said I must get my car washed: you can’t be driving into the Queen’s house with a dirty car, it just didn’t feel right.

“Well done boys you have made the whole country proud.”

We arrived early at Buckingham Palace and had to wait outside for about 45 minutes while the police carried out checks to make sure my car was safe. The crowd around us was starting to build up.  Once they realised that medalists from both Games were waiting to go into the Palace there was a lot of interest in seeing the medals.

We also received a lot of positive comments, one man walked up to my car, knocked on the window and just said: “Well done boys you have made the whole country proud.” It’s something so nice to hear and to think how proud people are to be British and to be proud of you.

When we eventually drove into the Palace, I felt really nervous for some strange reason. It almost felt wrong as if we should not be doing it. Being a Londoner and having been past the gates so many times it’s just not the thing you see the average person do, drive in through the ‘Palace Gates’.

Ross made a joke as we waited by the armed guards to be told where to park that we were part of a line up and they were going to select the best to go inside and the others were going to be taken to a special part of the Palace to be taken out.

“After about 20 minutes the Queen entered, it was strange to be so close to her”

We said those people would be told to drive straight on so when the officer said: “Could you lead the way driving straight on”, we both gave a look as if to say: “Uh oh.”

As we entered the Palace, we were greeted by staff who offered us drinks. After about 20 minutes the Queen entered, it was strange to be so close to her. I thought she would just speak to a few selected people and then leave but she was so friendly she spoke to nearly everyone.

I shook her hand and she asked us questions about the Games and our plans for the future. It was very strange to think you could just be causally speaking with the Queen of your country. The person on my list to speak to of course was Kate Middleton and seeing as Prince William was not there we had to take advantage.

When we spoke to her it turned out she was actually a keen table tennis player and used to play at school. I thought better of challenging her to a game as I didn’t want to risk losing; after all I’m meant to be the medalist – that wouldn’t look good would it. We also spoke to Princess Anne and Prince Philip who were all very friendly and chatty and I really enjoyed the experience.

It was a special evening and it was nice being surrounded by all the fellow medalists.  The amount of bling on show that night was scary. Once the event had finished it was back to mine quickly to collect all our bags and then the three hour drive back to Sheffield.

Training starts again and the road to Rio now really begins. I’ve enjoyed all the amazing experiences in the last few weeks but I am now raring to get back into practice and back into competition mode again.