Meet Halmoo – and the English Cadet who named it

The World Team Championships has its own mascot – Halmoo – and the character owes its name to English Cadet player Peter Smallcombe. 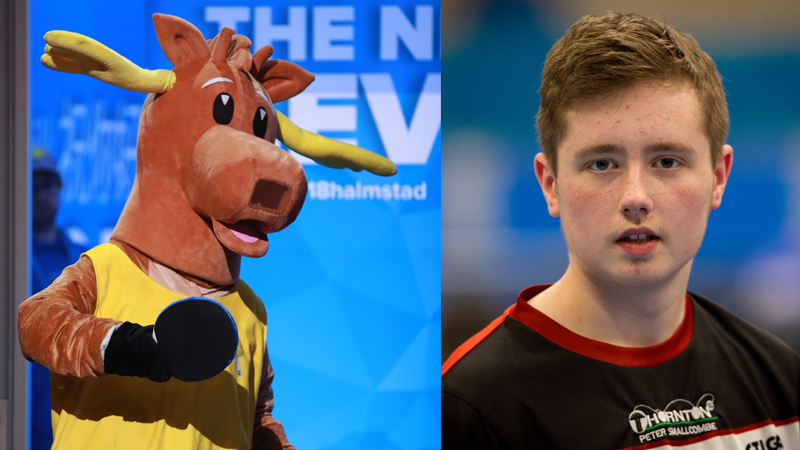 The World Team Championships has its own mascot – Halmoo – and the character owes its name to English Cadet player Peter Smallcombe.

The Jarrow teenager spotted a competition on the Championship’s Instagram page last year and suggested the Halmoo tag, based on the host venue of Halmstad and the fact the mascot is a moose character.

His suggestion was announced as the winner and Halmoo was born and has been entertaining spectators at the event this week. Peter was sent a mini toy version of Halmoo as a prize.

He said: “I saw the competition on my Instagram feed and thought, the competition is in Halmstad and it’s a moose, so I came up with Halmoo. The next thing I saw was it was published online that I won it.

“It was good to win – the small mascot is in my room at home and I’ve been keeping up with how the competition’s going.”

Peter was competing at the PG Mutual Cadet & Junior National Championships last weekend, where he reached the Cadet Boys’ Doubles quarter-finals alongside Callum McRae, losing 3-2 to top seeds and eventual champions Amirul Hussain and Jamie Liu. He was beaten 4-3 by Felix Thomis in the last 16 of the singles.