England international David McBeath is confident his recent hip operation will get him back to his best and competing pain-free. 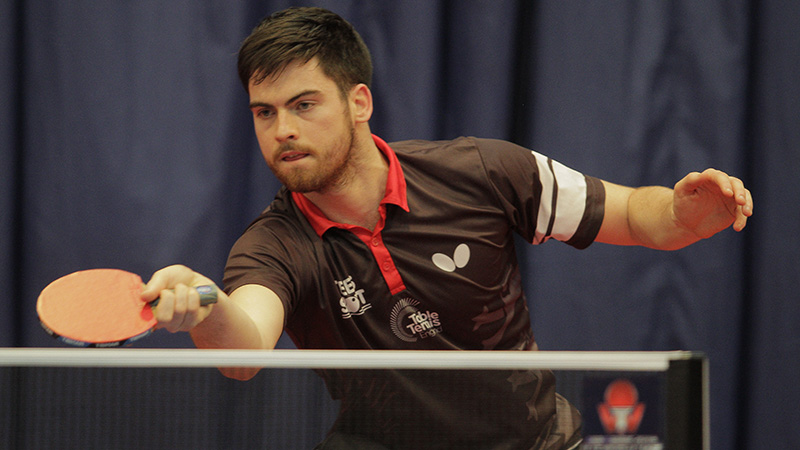 England international David McBeath is confident his recent hip operation will get him back to his best and competing pain-free.

The Commonwealth Games medallist went under the knife at the end of last week to sort out a problem with his right hip.

A condition called femoroacetabular impingement (FAI), dating back to adolescence, was at the root of the problem, leading to a tear in the labrum – the rim of soft cartilage surrounding the hip socket.

The condition is also present in his left hip, but that has not caused any issues – as a right-hander, it is the twisting motion on the right hip which has created the problem.

David said: “I’ve had some pain for years but when I was playing in Germany in the second Bundesliga a few months ago – and I was playing well – I was getting a lot more bother from it. I was struggling more with it this year than in previous years.

“I had some physio in February and March and managed to get an MRA scan, where they inject dye into your hip, just before lockdown. They thought the damage had gone a bit too far for injections, so they recommended speaking to a surgeon.”

The process was delayed by the pandemic, but David was able to speak to the surgeon by video call and then saw him face-to-face last month before undergoing the operation in Birmingham last week.

“He thought surgery would be a good route for me and would have a lot of benefits,” said David. “He managed to fit me in so I had the operation last week and had a piece of bone removed.”

David is grateful for support from the Talented Athlete Scholarship Scheme (TASS), whose medical scheme covered the cost of the procedure.

Everything went well and he will be on crutches for four to six weeks and the total recovery time should be between four and six months – he started physio on the first day of recovery. However, he is not putting any target on his return to action.

“If there ever was a good time to have an operation, it’s now,” he said, “because we don’t know when competitions will resume. Hopefully, I won’t miss out on too much.

“I don’t want to set a timeframe or put pressure on myself that I want to do this or that. I’ve got the third year of my degree which I need to finish, but being back in the spring would be a good goal. I’d like to give myself plenty of time.”

That degree is a BSc in sports rehabilitation at the University of Nottingham, where David has also had a lot of physio support. It is means he has a much better understanding than the average person of the procedure he underwent.

He said: “I’ve obviously been intrigued to understand more and have had a lot of help from my lecturers and they reassured me that it’s quite a straightforward procedure which a lot of people have had.”

Two other members of the England set-up have also been a lot of help – Paul Drinkhall and coach Gavin Evans both having previously had hip surgery.

“They’ve been tremendous, helping me with how they dealt with it,” said David. “Paul’s a great example – he’s had it and came back better than ever.

“They both literally know how I feel and it’s been good to speak to them.”