Stratford-upon-Avon mayor and table tennis player Kevin Taylor is ready for a marathon effort in aid of charity. 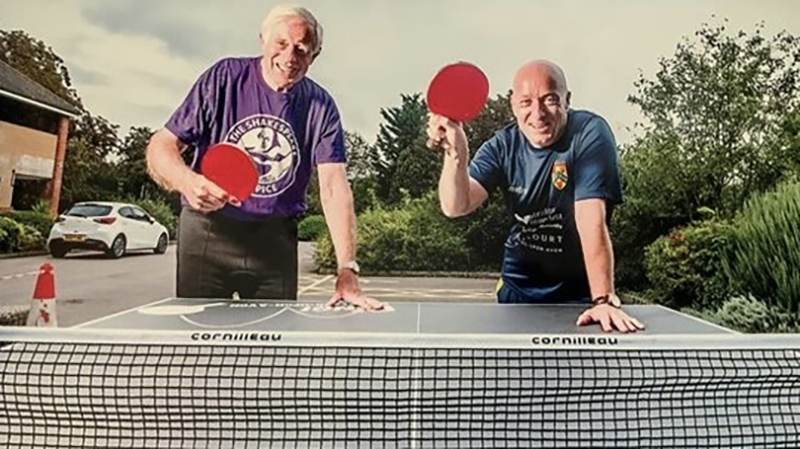 Stratford-upon-Avon mayor and table tennis player Kevin Taylor is ready for a marathon effort in aid of charity.

Kevin, who is also Chairman of Stratford TTC and project leader for Ping! Stratford-upon-Avon, is leading a team of nearly 20 players through a 24-hour table tennis event this weekend.

The marathon is being held at the town’s Alveston Manor Hotel and will raise money for the Shakespeare Hospice.

The event is a step up from a similar 21-hour fundraiser held last year, which marked the hospice’s 21st anniversary. It was so successful that Kevin has decided to make it an annual event – and extend it to a full day for good measure.

He said he and 17 others, including fellow councillors, ex-mayors, table tennis players, business owners and residents, were looking forward to the challenge.

He added: “I love playing, so it’s no great hardship for me. Hopefully my legs will stand up to it!

“I did 21 hours last year so I know what it’s like and I’m a little better prepared all round this time. I’ve been doing between 10,000 and 20,000 steps per day since March so I’m much fitter than last year and a little lighter as well which should help.”

The fundraising target is £2,500. To make a contribution, visit www.justgiving.com/fundraising/kevin-taylor45