It’s thought to be the first book solely about table tennis to be published in the UK this century – find out more about Graham Frankel’s personal journey and his perspective on the sport. 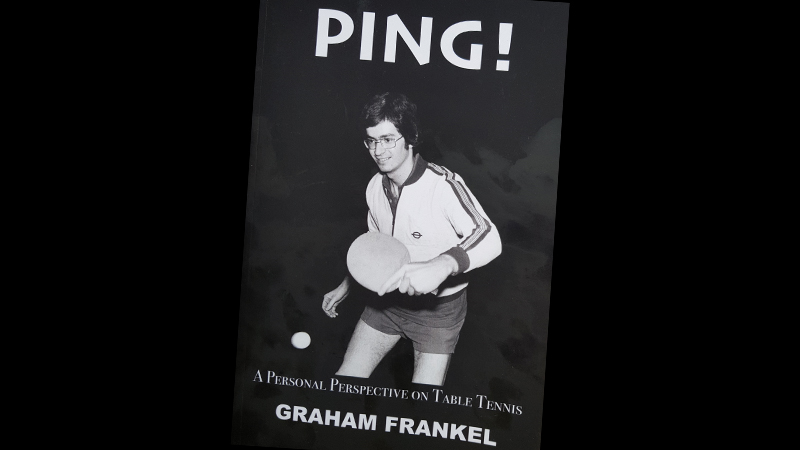 It’s thought to be the first book solely about table tennis to be published in the UK this century – and charts one local league player’s personal history alongside momentous events in world table tennis in the last 50+ years.

Ping! A Personal Perspective on Table Tennis is written and self-published by Graham Frankel and available on Amazon.

It charts his personal journey from receiving his first table tennis set, his struggle to find playing opportunities at school, being coached by the legendary Jack Carrington, rising through local leagues – but no further – and up to date as a coach at the BATTS club in Harlow.

Alongside this, Graham writes about the big changes that have occurred in the sport from the 1950s to the present day – and the arguments which often went alongside them, notably concerning racket coverings and glues. The rise of Far East players and the implementation of plastic balls also come under the microscope.

The relative decline of England’s fortunes from the heady days of world champions in the 1950s, and how the structure of the competitive game in this country feeds into that is also covered as the chapters alternate between Graham’s career and the evolution of the world sport in a fascinating juxtaposition of local and global trajectories.

The idea for the book goes back some years to when Graham was scanning every copy of the old Table Tennis and Table Tennis News magazines – the archive he created can be found on our website here.

But he says he was never quite sure how to structure the book and it took the recent lockdown for him to both see the way forward and to have the time to devote to the project.

He said: “I got interested in researching the way the sport has developed in this country and has been influenced by the equipment over the years.

“Scanning all the Table Tennis magazines was the start of it. That was when I had the idea to write a book. I just couldn’t see how to make it happen.

“But when the virus came and there was no coaching to do, I thought back to the book and it suddenly came to me – and the formula of alternating between my story and the development of equipment in the sport seemed to work.

“My own table tennis has been extremely unimportant, really, but having said that I’ve always been committed to the sport from an early age.

“What surprised me was the number of parallels between my own experience of table tennis and what was going on in the wider world.”

Graham wrote the book between March and June and, after professional proof-reading, it was self-published earlier this month. It is available on Amazon, priced £9.99.

“I think I get 60p per copy, so it’s not going to make me rich, but I’m not bothered about that – it was just something I wanted to do.”