Find out more about the latest TT Leagues updates, including the introduction of a Local Leagues Ranking System, and sign up for one of our free webinars for league administrators. 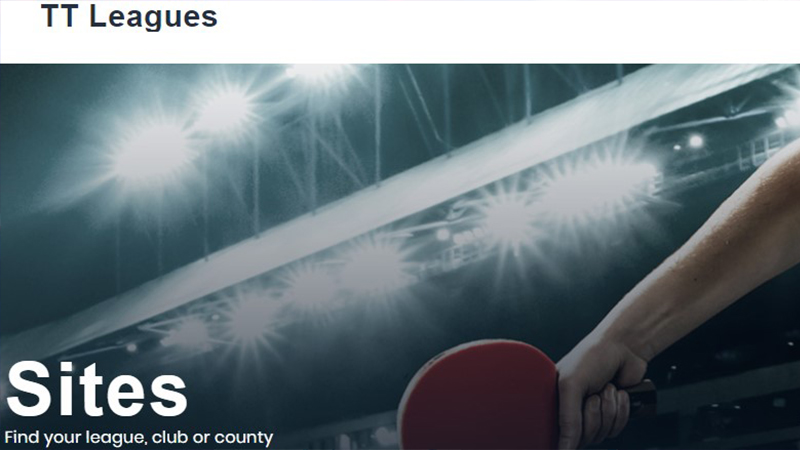 TT Leagues has made another important step forward with the introduction of a Local Leagues Ranking System into the software.

Development of the system was a priority following feedback from users that this would be a valuable addition to the platform.

It is based on the same principles that underpin Table Tennis England’s national ranking system, with points awarded for wins and deducted for losses. The number of points awarded or deducted is determined by the difference in points between the players at the start of the match.

Each player’s points total will be updated at the end of each match – just as they are for determining Player Averages.

A full audit trail is part of the new system, meaning a player can see the impact of their various wins and losses, and how their ranking points are evolving over time.

The Local Leagues Ranking System does not pretend to be an “order of merit” listing players in order of ability. No ranking system can do that with complete accuracy. It is simply a way of accounting for a player’s wins and losses in a particular Local League. It is not dissimilar to the Player Averages lists that are already produced in TT Leagues.

A further important difference is that Player Averages are Division-specific, whereas the Ranking System will apply to all players in the Local League.

The structure of the new system was defined by three experienced League Administrators along with Simon Griew, a Table Tennis England Board member who is also a member of the National Ranking Policy Group.

Joanna Keay-Blyth, Head of Operations & Governance, who runs the TT Leagues project, said: “It was great to have the support of so many members with such in-depth local league experience in this initiative. We look forward to seeing the system in action and will continue to develop it based on the feedback that we receive.”

The three League Administrators who were involved in defining the system have scrutinised the ranking lists for their own leagues. Other checks comparing the data with Player Averages have also been carried out to check that the lists are intuitively correct.

However, as the initial rankings are based solely on the results of the 2019-20 season, there will inevitably be some anomalies to start with. The immediate priority is therefore to allow the system to settle down as new results are added, and points are adjusted on the basis of wins and losses. Nonetheless, it may take another full season’s worth of data for the system to fully settle down.

To access the Ranking System on your TT Leagues site, click on “Fixtures and Results” on the main menu of the Home page. Then click on “Rankings” on the left-hand side of the screen. This takes you to the Ranking List for that League (see Screenshot 1 below). Clicking on a player’s name produces the full audit trail for that player showing how points were awarded for each individual match (see Screenshot 2).

The ranking list only lists players who are currently members of the League. If a player was a member of a league in 2019/20 they will have earned ranking points, but they will not be included in the ranking list if they have not included the League in their membership profile when they renewed their Table Tennis England membership.

We have also worked very hard over the summer developing further the TT Leagues platform and below are the latest updates which have been introduced in Version 1.7.0 of the software, released last week. These are in addition to the updates in Version 1.6.0 which was released at the end of May.

In light of all the development since we stopped playing in March due to the Covid-19 situation, we are offering webinars for League Administrators to help support them for the upcoming season.

We will initially be offering two dates, with each webinar lasting 90 minutes:

During these webinars we will be covering:

If demand is high then we will add additional dates for the future, we also hope to run other webinars in the future including one on the use of the App and the significant developments we have also completed since play finished.

To register for one of the webinars, please complete the short form below.