Two quick-thinking teenagers have been praised for rushing to the aid of an opponent who collapsed during a local league match. 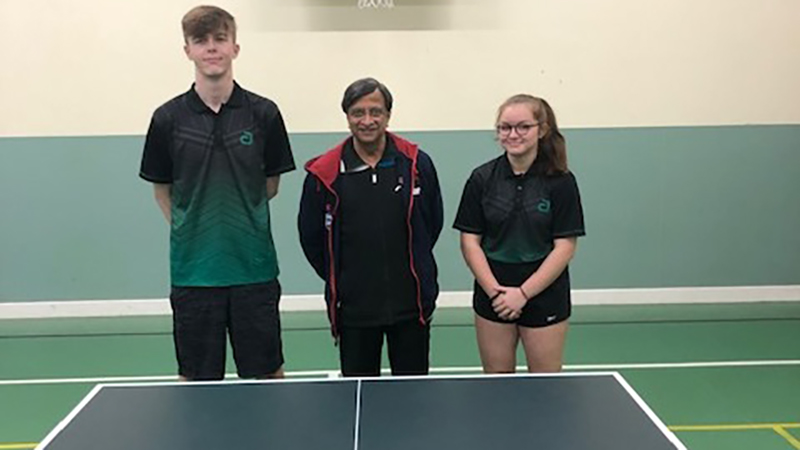 Two quick-thinking teenagers have been praised for rushing to the aid of an opponent who collapsed during a local league match.

Paul Jennings was playing for Sefton Park A in a Liverpool League fixture against Crosby High B Juniors when he complained of feeling unwell and then fell to the floor, also hitting his head on the table as he went down.

Two members of the Crosby team, 14-year-old Kate Watkinson and 17-year-old Ciaran Lynch ran to help, placing him in the recovery position and making sure he was safe while an ambulance was called. The club has a defibrillator on site, but in the event it was not needed.

Kate said: “I was umpiring a match. Paul had said he wasn’t feeling well and he suddenly collapsed. I was shocked and ran over to where he was on the floor.

“We helped him onto his side and while the others were helping him, I called an ambulance but I was told they were very busy and may be some time. Twenty minutes later the ambulance still hadn’t arrived and I had to call them again”.

Ciaran added: “Paul had said he wasn’t feeling well and he suddenly collapsed onto the floor. He hit his head on a table as he fell and was bleeding from the head.

“I ran over to where was and we turned him onto his side and then into the recovery position. Others helped and put some clothing over him to keep him warm. I know the defibrillator was brought out but it wasn’t needed.”

Club member Dr Sunil Sapre, who lives nearby, was also called to give Paul medical attention while waiting for the ambulance.

Dr Sapre, who is also a qualified umpire, said: “I was called by the club because the ambulance was taking so long to arrive. I arrived about one hour after the player had collapsed and when I arrived, he was conscious but still had low blood pressure and hadn’t fully recovered.

“He was taken to hospital for further treatment. It was good to see that there was a defibrillator on site and the excellent attention from Kate, Ciaran and the others certainly helped in the player’s recovery.”

Paul remained in hospital for four days and tests showed he had suffered a minor heart attack or an attack of angina. He is now at home and expected to make a full recovery.

He said: “I’d played my first match and was more or less straight back on. After two games, I started getting a few chest pains. I used a GTN spray (which helps to combat angina attacks) but I started to black out as I stood up and I collapsed on the floor.

“I was conscious pretty quickly. Alex was putting me in the recovery position, Kate called an ambulance and they were both reassuring me and talking to me. They both knew what to do and how to go about things.

“They were excellent, I’m very grateful to them. I haven’t had a chance to thank them in person, but I have passed on my thanks and I’d like to do that in person next time we play them.

“I’m just taking it easy for a bit. I think it was the exertion after not playing for 18 months – it was only my second match back, so I think I need to work my fitness back up, really.”