Liam Pitchford’s run at the Hungarian Open was ended in the last 16 by world number 17 Lim Jonghoon after a 4-3 loss. 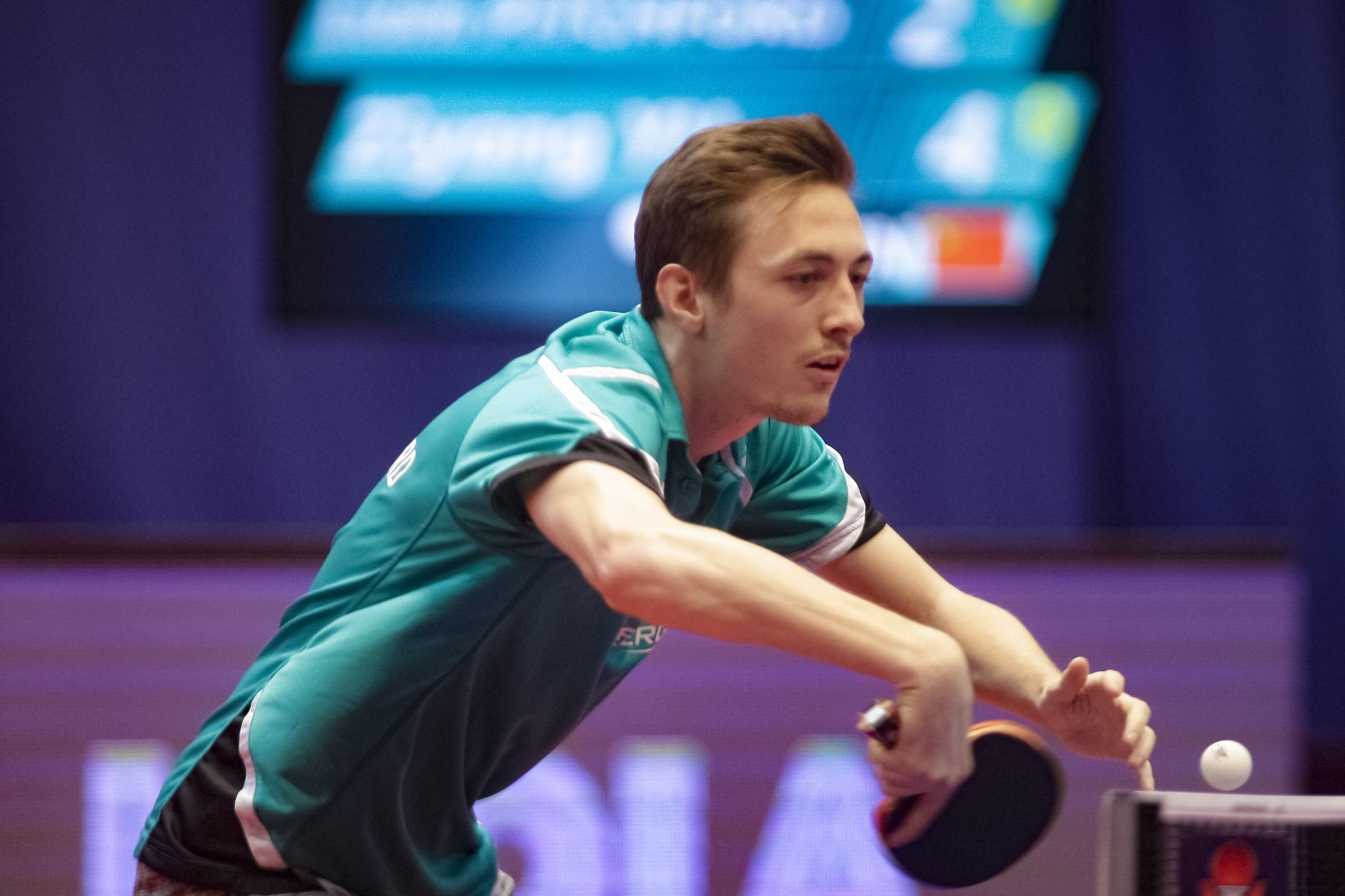 Liam Pitchford’s run at the Hungarian Open was ended in the last 16 by world number 17 Lim Jonghoon.

Pitchford, world ranked 16, narrowly missed out on a place in the quarter-finals after a topsy-turvy match between the two.

The Korean player Jonghoon started strongly and took the first game 11-7. Pitchford then got himself on the board with an 11-9 win in the second – a game in which he led all the way. But Jonghoon fought back to quickly take the third 11-6.

The fourth was a point-by-point battle between the two players. Despite Jonghoon saving two game points, it wasn’t enough and Pitchford eventually took the game 13-11 to even the match score again and make it 2-2.

The England No.1 then took the lead for the first time in the match with an 11-8 win in the fifth. However, Jooghoon fought back once more to take the sixth 11-9, leaving all to play for in the final game.

Pitchford took an early lead in the seventh set, but his opponent then turned the table to make it match point with a 10-7 lead. Pitchford pulled back, winning the next four consecutive points to flip the score and make it 11-10. Another point-by-point battle then ensued between the pair, until Jooghoon eventually re-took the lead 13-12 and secured his victory with a 14-12 finish.

Speaking after the match, he said:

It was a tough defeat to take but plenty of positives for the first tournament of the year.