The Leicester League’s summer competition for the Elbow Tankard, a competition now into its sixth decade and is a team handicap league culminating in semi-final and final play-offs. This season there are four divisions, two of four teams and two of three. 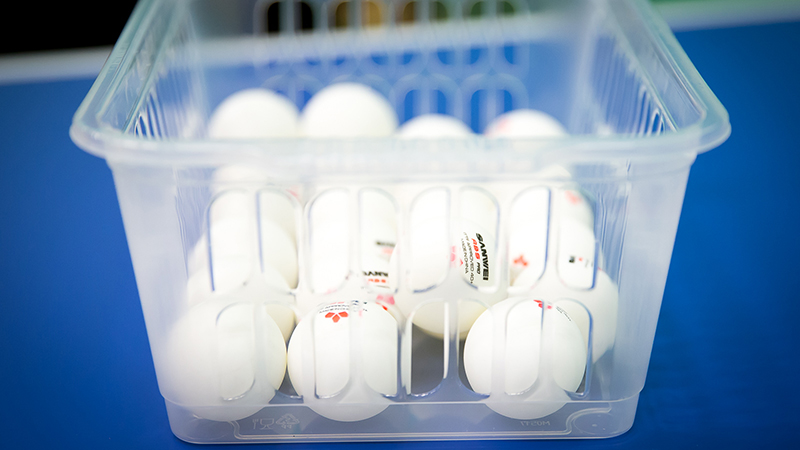 The Leicester League’s summer competition for the Elbow Tankard, a competition now into its sixth decade and is a team handicap league culminating in semi-final and final play-offs. This season there are four divisions, two of four teams and two of three.

Group A sees three of the four teams from Knighton Park, who entered five all told, with KP Young Ones favourites to progress having taken all before them over the last two or three years in both this type of competition, being improving juniors, and gaining promotion in the league proper from division two into the top sphere.

Their first fixture saw them just tip-toe home 11-9 against KP1 who had John Underwood in good form winning three from four, while George McClurkin won three from six. For the Young Ones, Patrick Cox took three from four in both singles and doubles while Brajesh Patel supplied four.

Abbots All Stars have played twice, losing 11-9 to KP1 despite six from six by Hardik Patel, but they came back to record an excellent 13-7 victory over Fleckney Phoenix with Geoff Hancock this time undefeated winning four as the doubles player and 3-1 in the doubles, while Ketan Patel took five from six. James Robertson was Fleckney’s most successful player with a 3-3 return.

In Group B Knighton The Town lived up to their name with a 19-1 thrashing of Fleckney Flyers when Robert Geary, Chris Parmar-Saville and Steve Bessant all emerged unbeaten with just one doubles getting away to prevent the full house.

Abbots Renegades defeated Wanderers 14-6 with Bradley Lapworth gaining five from six to lead the way, losing only to Laszlo Kocsis who won two. Kishen Mistry for Abbots and Cliff Smith (Wanderers) both shared their singles, respectively 2-2 and 3-3.

The first showdown between the two winners saw Abbots beat the Knighton Park crew 11-9, Lapworth again to the fore with four from six, Mistry three from four. Parmar-Saville supplied the only positive return for KP with 4-2.

The second result was a 17-3 success over The Bluebells with an almost perfect return in the singles with Elly Barjarias six, Cooke four and Kermode five from six.

In Group D it is Electric City who have played twice, with one win and one defeat. The success came against Casualties at 12-8 when the three who played together in division three of the league, Andy Wright, Bryan Moylan and Dan Woolman, produced a solid team performance. Against Bradgate Park, the Sparks went down 11-9 with the winners having positives from Eddie Kwok and Dave Mountain, both 4-2, while Moylan also came up with a 4-2 return for the losers who did well to win the doubles 3-1.