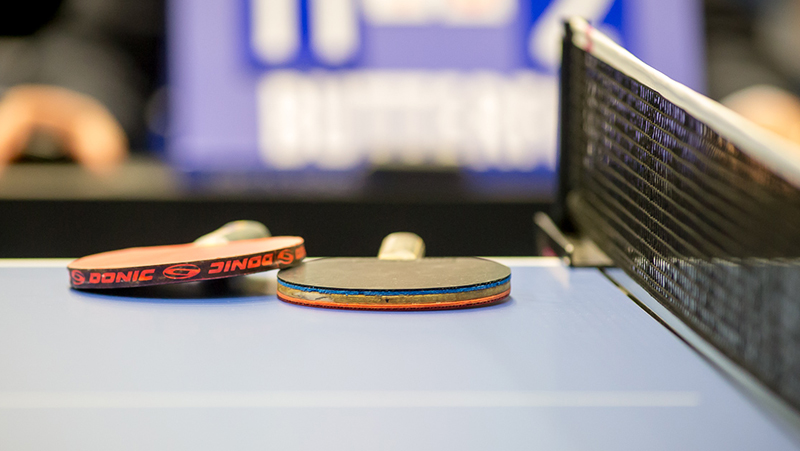 Current Division One champions of the Leicester & District League, Unicorn, tip-toed home 6-4 against Electricity’s first team, the latter having Andy LeButt in great form and beating Jared Patel who rarely suffers a defeat, winning his other two to support a really good maximum from George Briskolas, these two grabbing full points by combining for success in the doubles.

LeButt is graded at 259 while Patel is on 348 although, it must be said, this is an artificial number as it is mathematically impossible to reach there. However, it gives LeButt a massive lift to his grading which he will not say no to. Also for the Sparks David Grundy and Mat Hobday each won one.

Meanwhile the Unicorn second team has been having mixed results, although they still occupy second position. They lost 6-4 to Holwell Sports who had good team depth in three from Adam Feargrieve, supported by two by Mark Green while John Brunning took one. Luke Greenfield won two for Unicorn, Craig Witheford one.

Then the same Unicorn trio beat Knighton Park II 8-2 when Greenfield this time emerged undefeated while Jacques Vander also won three and Witheford two. Karen Smith won the first singles of the match and that was it, although the scores are never quite what they seem as this Unicorn team make a habit of giving away the doubles.

This Knighton Park team had previously been beaten 9-1 by a rampant Electricity II who had both Marcin Kasprzyk and Adam Pettitt taking all three while Harry White won two, beaten on this occasion by Richard Hayes who saved the whitewash, the team certainly missing their number one, Smith.

Knighton Park’s first team are making every effort to reach second position, making up some ground on Unicorn II with a 7-3 victory over Arnesby. Chris Rogers won a comfortable three, Jack Rogers two and Reza Kiani one while Ian Brown won two for Arnesby, John Fuller one.

Two or three weeks ago Great Glen looked odds-on for relegation from Division Two but have now won two in a row and are very close to safety. They defeated Blaby and Whetstone 6-4 despite a maximum from Nick Rayner with John Winsper winning the other. Glen proved stronger in depth with Cliff Smith and Alex Mason each scoring two and Kelvin Herbert a crucial one before Smith and Mason grabbed the doubles in five games for full points. Blaby are now very much looking over their collective shoulders.

Desford Village II is another team climbing clear of relegation after defeating Syston Casuals II 7-3. Matthew Briggs took a splendid maximum supported by two from Paul Bumpus and one by Tracey Smith. But Syston could only muster two players which did not help their cause, Bob Whittaker scoring two and Ajay Lad one.

There was a tight and exciting tussle between Knighton Park IV and Winstanley Wizards which ended in a 5-5 draw when Osman Bawa maintained his position at the top of the averages with three, Mike Lapworth and Zia Malik one apiece. Dan Andrews and Himansu Mishra each won two for the Wizards and then combined in the doubles for a share of the spoils.

The position at the top of Division Three still has Holwell Sports II at the top, and still going away from the rest, after beating Electricity IV 7-3, Mike James scoring a fine three to lead the way, Dave Roche two and Dave Sharp one. Andy Searle won two for the Sparks, Chris Woodward one.

The race for second, however, hotted up considerably after Electricity’s fifth team were beaten 7-3 by Nomads for whom Martin Taylor and Mark Clay were in tremendous form, both beating Andy Wright who won his other. Laszlo Kocsis won the other for Nomads while Wright combined yet again for a doubles success with Bryan Moylan to gain a point.

Syston Casuals III are still in the hunt level with the Sparks fifth team having played one match more and they beat Knighton Park V 8-2, Chetan Tailor an excellent three, Scott Morris and Wes Glauds two each, the latter a particularly good performance.

Coming up fast on the rails rather like Brigadier Gerard are Fleckney having scored a highly unlikely 10-0 victory over a full-strength Goons. Jason Prescott, Robert Palmer and Pete Jamieson were all in very uncompromising form.