Leicester & District: Down to the wire for Abbots

All but one of the promotion and relegation issues through the various divisions of the Leicester & District League have been resolved, and that is the remaining relegation spot in Division One where Abbots Road made a spirited effort against champions, Unicorn, before going down 6-4. 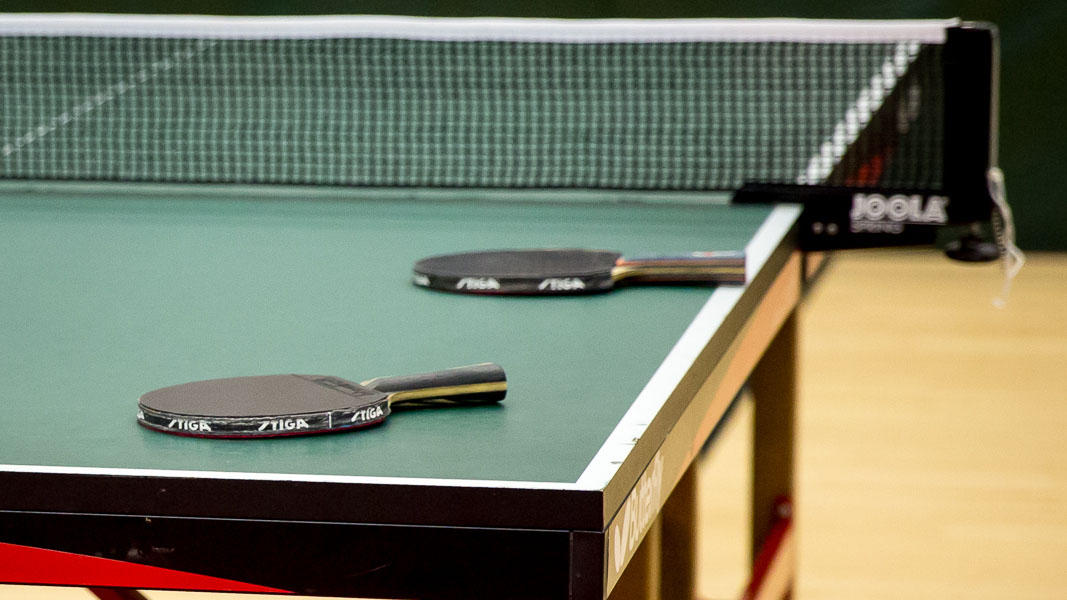 All but one of the promotion and relegation issues through the various divisions of the Leicester & District League have been resolved, and that is the remaining relegation spot in Division One where Abbots Road made a spirited effort against champions, Unicorn, before going down 6-4.

George Briskolas has been showing excellent form for Unicorn in recent weeks and scored a majestic three-straight maximum this time, including a win over Abbots’ star, Dave Gannon, who won his other two, Vishal Parmar grabbing one. Ross Adams went down twice in five in vain efforts. Backing Briskolas, Tim Shepherd won two while Geoff Parson secured the other singles.

So Abbots must now beat bottom team, Syston Casuals, in their final match in order to overhaul Desford Village who can only sit and watch. And it must be a win as a draw would give both teams exactly the same points and sets which would set up an unprecedented play-off to avoid the drop.

The remaining match in Division Two went the way of Syston Casuals second team which means that, with their first team being relegated, the two teams are simply swapping places.

Syston were 5-2 up against Desford Village II knowing they needed full points with Desford giving nothing away, holding up the final sixth set for Syston until the doubles when Chandresh Sodha and Mike James won in three. Earlier Sodha had scored a match-winning maximum and deserves to go up having helped Electricity last season but did not get the opportunity in the top flight.

In Division Three, Regent II needed one point in order to make sure of staying up and just made it thanks to a fine brace from Richard Anderson who then took the doubles in five with John Bowness in a 7-3 defeat at the hands of Goons. Anthony Thomas took all three for Goons, Barry Robinson and Graham Cutler two each. Regent have Syston Casuals III to play who will now go down.

Syston have five teams in the league, one in each of the divisions, and every one of them is either promoted or relegated with most of them going right to the wire which was certainly the case in Division Five.

Syston had two matches to catch up needing five points. They crashed 7-3 to Blaby and Whetstone when Tom Phipps won three, backed by two apiece from Alan Willson and Jack Angrave. Tony Burns won two for Syston and that absolutely vital third set came by way of an 11-9 win in the fifth game of the doubles by Burns and Nick Bishop.

A day later Syston were beating Winstanley Wizards IV 9-1 to bring themselves up to the same points as Abbots Road IV but a superior sets average for second place. In this match Burns and Tony Monteiro scored maximums, Nick Bishop two.

Individually Chris Rogers (Knighton Park) has had a great season in Division One, played 62, won 61 for an average of 98.4. His one loss was at the hands of Trevor Kerry, Thringstone, at 11-9 in the fifth and Rogers was only taken to five twice. Unicorn’s Tim Sheppard was second on 88%, way behind.

As Martin Brunning found in the end it is very difficult to reach the culmination of a season undefeated, although he managed it for most of the time in Division Two until beaten by Regents’ Martin Bolton in the last but one match. Brunning finished on 97.4% with Holwell team-mate, James Morley, second on 90.5. Bolton finish at 82.9, while Rhys Emery (Arnesby) 81.1, third and fourth respectively.

In Division Three Alex Mason held on to top it with 94%, ahead of the rapidly improving Dan Andrews of Winstanley Wizards who might well have the biggest increase in gradings this season.

Pritesh Nakeshree topped Division four with 86.7%, just ahead of the difficult to beat Laszlo Kocsis of Nomads who had 84.8%.

Division Five went to the wire and was ever changing during the final month before Tom Phipps (Blaby & Whetsone) came out on top at 80.6, with Syston Casuals’ Tony Burns second on 77.3.