Landmark 50th win for Jenkins could signal the end

The Welshman, who has dominated the British domestic game throughout the start of the 21st century, spoke to Matt Shaw earlier in the season and revealed his intentions.

The 11-time Welsh National Champion said: “I was asked how many Grand Prix I had won and I didn’t know the answer. I got hold of the records and I worked out that I’ve won 46. I just thought about it and I’ve decided getting to fifty would be a good way to go out.

“I’m determined to go out on a high. I don’t want to be one of those players that stay around too long. It’s a goal for me to finish top of the British rankings and then have a break – It will be nice to come for a weekend away and not have to worry about my condition on a Sunday.”

Following his 3-0 victory in the final over Chris Doran, Jenkins subtly confirmed his previous intentions: “Yes I think that is it. Sometimes you’ve got to draw the line.” 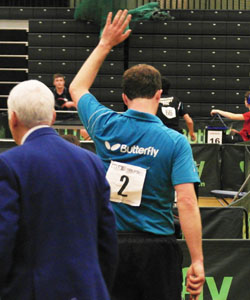 In a stereotypical performance, Jenkins was the epitome of professionalism and clinical dynamism, dropping just one end throughout his final playing Grand Prix appearance.

The Welshman, who will miss the season closer at the Bribar London GP due to the World Championships, won his group comfortably before beating Andrew MacPherson (3-0), Igor Morais (3-0), Richard Main (3-0) and Craig Howieson (3-1) to set up a final with reigning overall Men’s Singles Champion, Chris Doran.

Doran, who had been impressive in wins over Mike O’Driscoll and Sean Doherty was no match for the Welshman who gave the touch player no breaks in a decidedly one-sided final.

Although it appears as though the victory will be Jenkins’ last Grand Prix appearance, he did reveal he may yet extend his career with a trip into the veterans’ game.

He said: “It would be something new. I would like to play in the Veterans when I get to that age, it’s a new challenge and a bit more laid back, there’s a while until I can play in that just yet though!”

Long-time Grand Prix rival Gavin Rumgay tweeted his appreciation of Jenkins’ career: “Excellent stuff Ryan. You have been the most consistent performer for 15 years in ETTA Grand Prix! All the best for the future!” 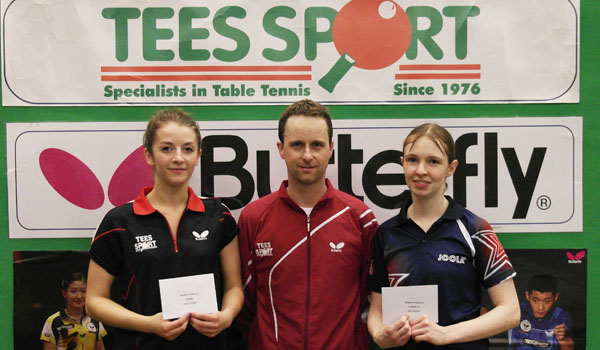 Women’s Singles:
Karina Le Fevre overcame some early nerves and a tricky semi-final to win the Women’s Singles at the Tees Sport Blackpool Grand Prix and boost her hopes of retaining the overall season title.

The girl from Cleveland had a shock defeat in the group stages to England junior Emily Bolton 3-1 (7-11, 17-15, 11-9, 11-1) but recovered sufficiently to top the table and earn her spot as the number one seed for the knockout draw.

Their meeting was a real test for Le Fevre who fell 2-1 behind to Neil’s aggressive play. Not to be denied her place in the final though, the pre-tournament favourite won the next two games 11-8 and 11-6 to seal a spot in the final.

When the English and Scottish girls met in the final it was a combative clash of attacking styles but with Le Fevre holding the key with quick reactions and good positional play on the table.

In the end the 3-0 result was an anti-climax but gave Le Fevre more crucial points towards retaining the overall Women’s Singles title she won in 2012/13.

The Scot, who was seeded second behind the Greenhouse protégé, won his group comfortably before stepping up his form during the knockout rounds to race past Oviwge Eyarhono, Jac Jenkins and Jack Dempsey, all by a 3-0 scoreline.

Morais, who also won his group, endured four five-end matches during his campaign, which included a tight 3-2 group victory over Jenkins.

Women’s Under-21s:
Sophie Neil beat Emily Bolton in a titanic Women’s Under-21 Final at the Blackpool Sports Centre to earn the last title on offer on Sunday evening.

There were just two women’s under-21 groups but both Neil and Bolton were focused enough to comprehensively win through all their matches and remain unbeaten heading into the semi-finals.

Instead they expended all of their resources in a magnificent match, suitable for closing any tournament out as the duo matched each other blow for blow over five grueling ends. 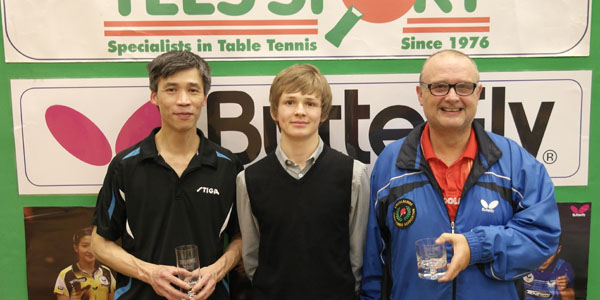 Veterans:
Hon Kau Choy dropped just one end at the Tees Sport Blackpool Grand Prix as he rampaged to the Veterans’ Singles title on Sunday.

However, just like the first meeting, Choy was too good for his Lincolnshire opponent and won in three rapid ends to secure the main prize. 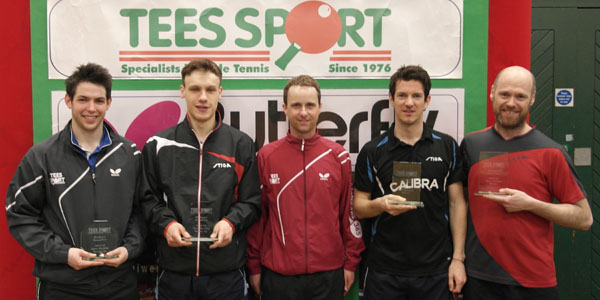 The veteran once again utilised his left-handed style to great effect by winning group two with his Scottish partner before dropping just one game in the knockout rounds to claim another 2013/14 title.

In the final they met Craig Howieson and Sean Doherty who had earlier beaten Mark Heptonstall/Nick Ryder 3-0 and Chris Main/Richard Main 3-1 but were no able to overcome the final hurdle as O’Driscoll and Cameron picked up another success on Sunday afternoon.