The Kingfisher club in Reading has a proud history of producing top players and has recently reconfirmed its commitment to creating a performance programme capable of continuing that tradition and of aligning with the Table Tennis England Performance Pathway. 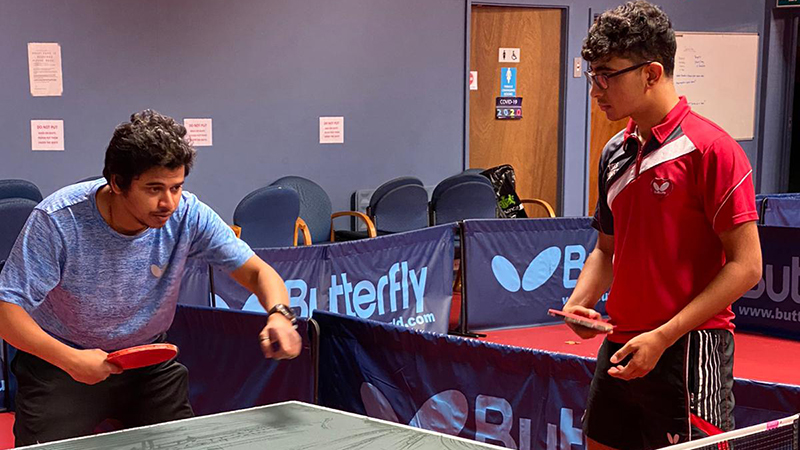 The Kingfisher club in Reading has a proud history of producing top players and has recently reconfirmed its commitment to creating a performance programme capable of continuing that tradition and of aligning with the Table Tennis England Performance Pathway.

Table Tennis England Coaching & Education Officer Craig Bryant talked to club officials to find out about the pathway they have put in place. Here, he shares his thoughts to help other coaches and clubs contemplating a similar project.

Kingfisher Table Tennis Club is a well-known and well-respected club based in Reading, Berkshire. It’s a club that has a history of producing top-class players, most notably Olympians Matthew Syed and Alison Gordon (Broe). They have consistently produced top national players, a number of national champions and international players since the ‘Golden Years.’

So, what is changing at Kingfisher TTC and why are changes needed?

A few years ago, Pete Charters, an integral part of the club’s history, stepped down from his coaching duties and the club was finding it tough to find consistency and continuity, which was impacting the development of the players.

Raj Patel (Coaching Officer) in December 2019 appointed a new Head Coach for the club, a coach who offered great qualities and great training but, crucially, a coach who could offer his undivided attention. The appointed coach was Ajay Naik, an ITTF Level 2 Coach from Goa, India.

Ajay built a wide variety of experience in Goa working with all levels, from beginner up to producing medallists on a national level. Ajay played a large part in producing the player pathway at Kingfisher (which is built around performance); his philosophy around creating strong fundamentals and setting tough but achievable targets for players is helping to create the right culture at the club.

The club are running sessions over six days during the week and a whopping total of 12 sessions per week. These sessions are split to cater for the varying playing levels of the membership, not only according to level but designed in a way to encouraged improvement and development. When a player reaches a certain level, shows the right commitment and attributes, there’s potential for the player to progress to the next level (moving on to the next session). Raj says: “The players all know what is expected of them and they know the progressive structure that’s in place.”

How did the club get to where it is now?

After around three months of analysing how the club was working, they had a number of meetings with coaches, members and the decision-makers to formalise a plan that would help things work better.

Some initiatives ran by trial and error and for that reason they had to keep an open mind in order to make the necessary changes when required. They engaged with Table Tennis England’s TT Kidz programme, and although they had to play around with the days on which they ran the course, it proved to be a great introduction to the sport for new members.

What changes have been seen?

They now have a number of players who want to represent England. The players believe in their coach and understand the pathway that the club have created. They see players stepping into the club excited to play, learn and work hard. Raj says: “We still see this even though many are playing 15 hours per week!”

They are starting to see some resilience from players, they are becoming mentally stronger and they are receiving feedback from parents that their children are better focused at home and school too. The children are making friends in the club and we’re seeing the beginnings of a ‘team’ forming.

They’ve created a progressive structure at the club that aligns quite closely to Table Tennis England’s Performance Pathway. Raj went on to say: “If and when players are ready to be a part of the NGB’s pathway then we feel they’re better placed to deal with the associated pressures, as well as having a good understanding of TTE’s structures too. We feel this gives them a chance and that’s what we’re trying to do, give players a chance to ‘make it’.”

Kingfisher TTC asked themselves the question, ‘What type of club do we want to be?’ They then started to reviews things at the club and put people, structures and protocols in place to help them reach their goal(s).

The changes they’ve gone through are commendable, some tough decisions were made but all for the right reasons. The changes that they’ve made are still relatively new and although there are some very positives things happening, I feel like there is much more to come. It’s exciting and encouraging to watch and I look forward to seeing the club and players develop over the coming years.

If you’re reading this and you are part of a club set-up, ask yourself what is your club trying to achieve? Is there a clear focus, is there a clear pathway? Not every club wants to be or can be a performance club but whether your focus is increasing league players, offering more social table tennis, offering more inclusive sessions etc, is everything in place to help you achieve the targets you have?