Kelly Sibley is targeting more Commonwealth Games success for England after being appointed National Coach for the England women’s team through to the Birmingham 2022 Games. 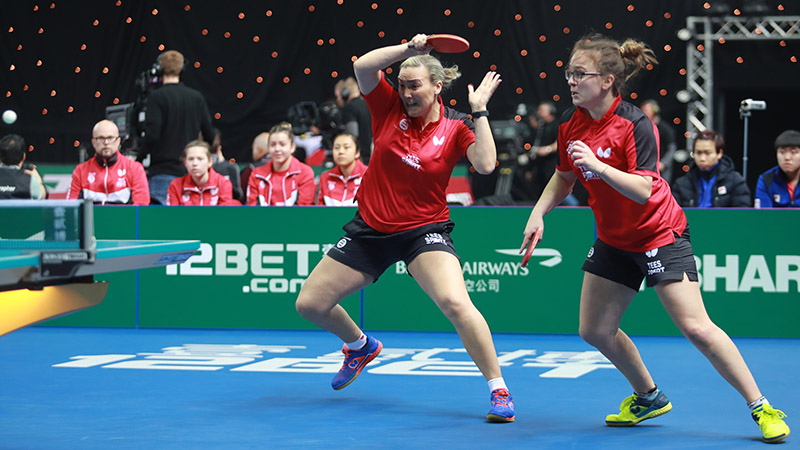 Kelly Sibley is targeting more Commonwealth Games success for England after being appointed National Coach for the England women’s team through to the Birmingham 2022 Games.

Sibley will combine the role with that of University of Nottingham Head of Performance Table Tennis.

The five-time national women’s singles champion brought the curtain down on her playing career as part of the bronze medal-winning England squad at the 2018 Games in Gold Coast and also won mixed doubles bronze alongside Danny Reed at Glasgow 2014.

She said: “I’m really pleased and honoured to be appointed, and excited for the challenge ahead.

“I would love again to win a medal at that level. What we achieved at Gold Coast was amazing – it was our target and we believed we could win a medal if we played well.

“If we go into Birmingham with the goal to repeat that, and if we can do everything we can . . . it’s not going to be easy, that’s for sure, but I’d like to set that challenge and I’m sure the girls would like to have that on their radar too.

“I’m very excited to be part of that and being on a Commonwealth Games journey in a different role.”

Sibley expects her close relationship with the other players in the squad to be a positive for the role, with the top three players – Tin-Tin Ho, Maria Tsaptsinos and Denise Payet all having been part of the bronze medal-winning team in Australia.

Sibley said: “I have a great relationship with the players and I feel like the trust and respect is there already and although I’m going to need to play a different role, it’s nice to have that familiarity with the players.

“I think I can bring a lot of experience. I first entered the Senior women’s team as a Junior and have been around the team for a long time and experienced all the major competitions.

“I know what it takes to compete at that level and to win at Commonwealth level, not just playing but also dealing with setbacks on and off the table.”

The role was recruited in partnership with the University of Nottingham (UoN) and the UoN aspect of the role will include leading and inspiring the table tennis coaching team to deliver an outstanding table tennis experience for students. Based at David Ross Sports Village, the role will also seek to develop key partnerships and networks at domestic and international level to enhance performance, recruitment and profile in line with the University’s ‘Vision for Sport’.

The National Coach element will include planning and delivering the women’s programme in line with Table Tennis England’s performance objectives, as well as leading the team into major championships between now and the Games. The coach will also work with the younger England pathway players.

Table Tennis England Director of Sport Simon Mills said: “We’re delighted to be working in partnership with the University of Nottingham to achieve success in a home Commonwealth Games.

“I’d like to welcome Kelly to the team and wish her and men’s coach Gavin Evans the best of luck. It’s exciting that the England teams have young coaches at the helm, showcasing the pathway from international player to coach.”