On International Women’s Day, we look at three milestone performance highlights by England athletes on the world stage through the ages. 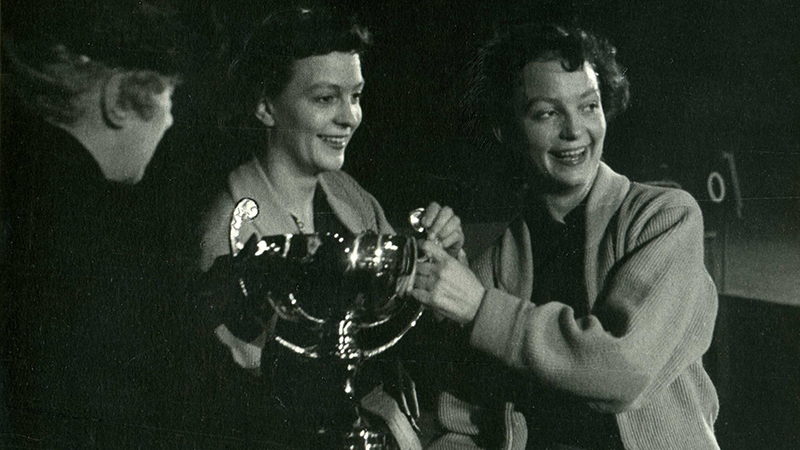 On International Women’s Day, we look at three milestone performance highlights by England athletes on the world stage through the ages.

Winning a world title at any age is a huge achievement – to do so at the tender age of 17 is very special.

Yet that is exactly what twins Diane and Rosalind Rowe did in 1951, teaming up to take gold in the women’s doubles at the World Championships in Vienna.

Among many other accolades in tandem and as individuals, the twins later won a second world doubles title in 1954 – on their 21st birthday!

Jill Hammersley became the first English player to win an individual European title when she triumphed over Maria Alexandru of Romania in Prague.

For good measure, Jill also won the women’s doubles gold at the same event, in partnership with Linda Howard.

Now Jill Parker MBE, she is very much still involved in our sport and is President of Table Tennis England.

Having beaten Guyana and Vanuatu in the groups, and then Canada in the quarter-finals, England’s dreams of gold were ended in the semi-finals by India, who themselves went on to become champions.

The bronze-medal match pitted England’s squad of Kelly Sibley, Tin-Tin Ho, Maria Tsaptsinos and Denise Payet not just against their opponents but also the crowd – it was host nation Australia at the other end of the table.

It was a dramatic match in which Ho’s double led England to that historic first team medal, beating Melissa Tapper 3-2 in the opening tie and then completing a 3-1 overall victory by seeing off Miao Miao, also in a decider.

In between, there was yet another deciding set in the second tie, Sibley losing 3-2 to Jian Fang Lay, a match in which the second game went to an old-school 21-19 scoreline. Sibley & Tsatpsinos then restored England’s advantage with a 3-1 doubles triumph over Lay & Miao and Ho’s second victory brought it home.