Find out what the medallists from the Cadet & Under-12 National Cup weekend think about their achievements. 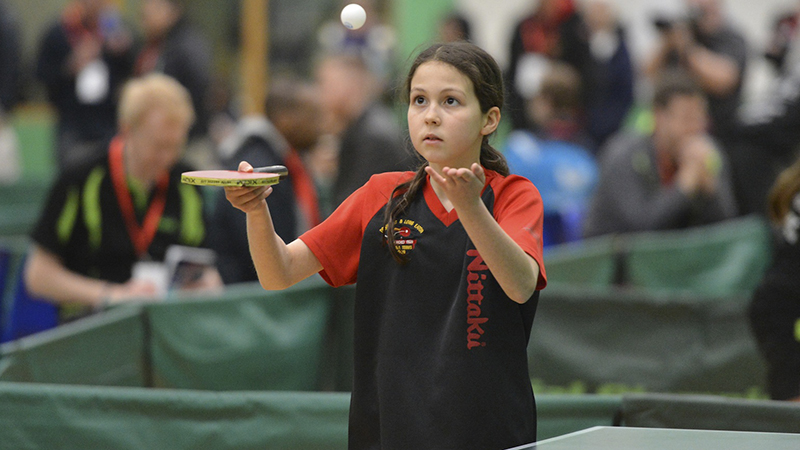 The Cadet and Under-12 National Cup saw two tough days of competition at Grantham, with the top 10 players – boys and girls – in each age group battling it out over nine matches each.

Here is what the medallists had to say about the tournament.

It’s really hard because you play matches constantly and they are really tiring and tough matches. I kept calm and stayed positive and listened to my coach. I’m going to the Italian Youth Open next weekend and I’ll approach it the same way.

It feels amazing to win my first Cadet title. Being 3-0 down to Gemma Kerr and coming back to win 4-3 was important. I was 10-7 down and I just tried to be calm and not lose my head and focus on it point by point. This is up there with anything else I’ve won because all nine players I played here are really good and each match was tough.

It’s a relief because I was the number one seed, so there was a lot of pressure. I knew the match with Isabelle Lacorte was basically a decider and I’m so glad I won that. It’s the next biggest competition after the Nationals and there’s a lot of relief that I’ve done it and all that training has paid off. Connor is always so confident he’s going to win and I’m always more nervous.

It’s still the same feeling as when I’ve won other tournaments, but this adds a bit because it’s the top ten players and you have to play your best the whole weekend. All the games are hard and you have to stay focused the whole time. It’s not like a competition between me and Anna, you just do your best to win and focus on your own matches, but of course I’m glad she won.

I played really well on the first day but not so well on the second. I’m not sure why that was. I kept calm but it didn’t work out the same as the first day. But silver could have been worse.

I didn’t come here expecting to win a medal, so it’s good that I did. I just kept calm and didn’t try to think about the results but about how I was playing. It’s a really long tournament and quite tiring, so you have to try to keep your energy up.

I’m very, very proud. It’s very tough, you have to try to play the same level all the time. Connor is very good but he’s two years older than me so he’s got an advantage. I’ll try to win next year.

I’m happy. I feel like I’ve proved to myself that I can play table tennis and that people know I’m here. It’s really tough but I also think it’s good because everyone gets to play everyone, so it’s all fair.

I’m really happy and really proud of myself. I wasn’t expecting a medal but I tried my hardest in every game, tried to improve my footwork and never gave up.

I’m very proud of myself because I was seeded third and I finished third. I beat someone above me but also lost to someone below me. I think I played  very well and I’m proud I lasted through the whole two days and that I got to play Anna and was quite close in the first game.

Before the tournament I thought if I played well, it was possible to get a medal, but it feels good because I wasn’t expected to on the rankings.

It’s good considering I’ve still got two more seasons of Cadets and I will develop more and more. I didn’t think I would get third because this competition is quite hard as you have to play lots of top players.