Liam Pitchford is cutting a relaxed and confident figure as he prepares for two massive tournaments as international table tennis returns after the enforced break. 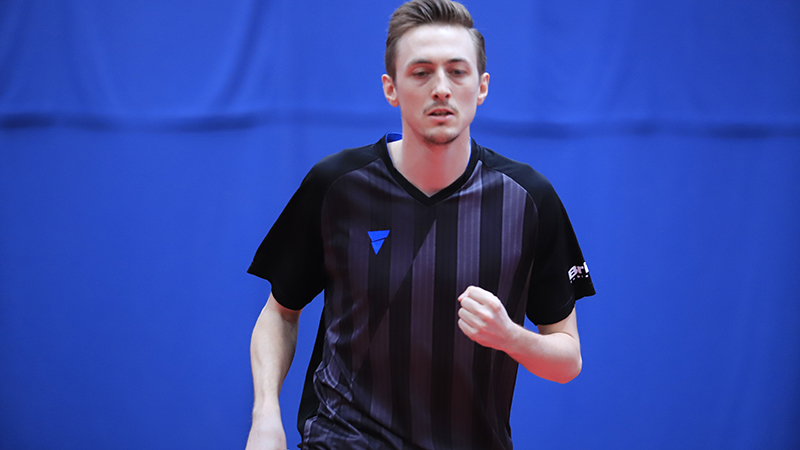 Liam Pitchford is cutting a relaxed and confident figure as he prepares for two massive tournaments as international table tennis returns after the enforced break.

Liam and the rest of the world’s leading players have gathered in Weihai, China, for the ITTF’s #RESTART series, with the Women’s World Cup building up to a finish today and the men’s version to start on Friday.

It is followed by the ITTF Finals in Zhengzhou, beginning on November 19.

Pitchford and coach Gavin Evans had to go through a period of quarantine on arrival in China but have now started practising, and Pitchford says he feels in great shape – and he certainly sounds in relaxed mood.

“Isolating in a hotel room is obviously not easy, but we were allowed back out to practise on the eighth day, so that was a good thing,” said the world No 15 from Chesterfield.

“Getting out of the room for a few hours a day has been good and being able to prepare a bit before we start.

“I’ve been practising with Gavin for now and from tomorrow we can practise with anyone. We’ve all done quarantine by then, so it’s more like a normal tournament.

“I’ll be able to see who I get in the draw and then find someone with a similar style to them and do a bit of work.”

Pitchford is seeded 10th for the event, meaning he starts in the first group stage – he will be the top-ranked player in his group and needs a top-two finish to get into the second stage knockout alongside the top eight seeds.

The draw is at 8am UK time on Thursday, and the nature of the tournament means there will be no ‘easy’ matches as the lowest-ranked player is world No 78 Ahmed Saleh of Egypt.

But Pitchford will be able to draw on the confidence of his last tournament before lockdown, where he reached the final of both the singles and the doubles at the Qatar Open, beating world No 1 Xu Xin in the singles semi-finals.

“I’m the topped-ranked player in my group but I could be playing two guys in the top 30 in the world, so it’s not easy,” said Pitchford.

“But I’m going into it without putting any pressure on myself. It’s the first tournament back for eight months but hopefully I’ll take it in my stride. I’ll try to relax as much as possible and see where it takes me.

“It’s obviously not ideal not playing a tournament for so long, but the last one I played was one of my best and it’s still fresh in my mind. I’m not going in with any negative mindset, that’s for sure. Everyone is in the same boat.

“I’ve been practising well and I’m hitting the ball well, so I hope I can hit the ground running and even though I’m not expecting to play like I did in Qatar straight away, it’s about finding my way into it and giving myself the chance to play like that.”

Check our website and social media on Thursday for details of the draw and how you can watch Liam’s matches.